China and Russia did what came naturally: Fill the vacuum of power created by Obama administration

Revelations that the People’s Republic of China was developing a next-generation, long- range strategic bomber and a so-called sixth- generation fighter aircraft should have come as no surprise to Western defense leaders. 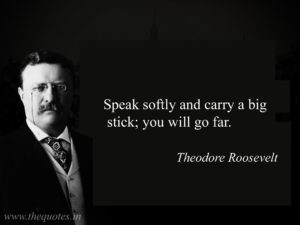 The news has, however, been met with skepticism and incredulity. And confusion as to how to respond.

There is little doubt that U.S. President Barack Obama and then Secretary of State Hillary Clinton threw down the gauntlet to the PRC when, in 2009, they declared the U.S. “pivot to Asia”. It turned out to be an empty gesture, which only highlighted the lack of strategy from the Obama Administration.

Given that the administration had abandoned U.S. global strategic credibility and prestige, and had begun even then to hollow out the coherent ethos of the U.S. military capability, the PRC had but one option: to take a deep breath and seize the only option open to it.

That option was to move to achieve geostrategic positioning while the U.S. weakened itself and could not respond, and, for Chinese domestic and global reasons, to call the bluff of the U.S. by building the one durable and over-arching weapon which Washington had abandoned: prestige. This writer noted, days after Barack Obama had been elected to the U.S. Presidency in early November 2008, that this situation would befall the U.S. if the President-elect carried through with his stated policies:

“The states of the world are going their own way. They will play with the U.S. when it suits them. They will look Washington in the eye, and turn away when they wish. As the U.S. ability to build security coalitions (or to retain them in, say, Afghanistan or Iraq) declines, U.S. diplomats will become more strident, and yet more ineffective, in their pressures on onetime allies and foes. Their coercive powers will be seen, increasingly, as having been vacated.”

That situation now prevails, and, as the Obama Administration has spent almost a decade hollowing out U.S. strategic and military thinking — and neutering its military leadership thinking and strategic innovation — and instead giving great wealth and priority to the State Department.

Yes, the role of non-military strategic options was important and had to some degree been overlooked by successive U.S. administrations, but it was not, for Obama and Secretary of State Clinton, that they saw the need to re-build a balanced, whole-of-nation, strategic capability. It was about diminishing and blaming what was to them a hated military.

Gone, as I said in 2008, are the days of Teddy Roosevelt’s Presidency (1901-1909) and his call to “speak softly and carry a big stick”. Instead, the Obama doctrine of “speak loudly and carry no stick” has seen the U.S. fall into increasing impotence.

It is not that the PRC and Russia do not have troubles of their own. China’s challenges are worse than Russia’s, given the PRC’s extreme vulnerability to a global logistical chain which it cannot yet dominate, its massively damaged water infrastructure and resources, and its dependence on a global market which withers already because of China’s own decline, as well as for cyclic reasons related to the end of the post-World War II population boom.

But what both Russia and the PRC leaders know that they must do is to weather the economic chaos of the coming decades, and emerge, essentially, as viable powers.

Part of this process inevitably entails “doing what the U.S. once did to achieve global supremacy”: building the great tools of prestige and power projection. Significantly, the U.S. took the development of its global logistics capability, its aircraft carrier battle groups, long-range strategic bombers, fighter aircraft, and submarines to a highly-prestigious level. It was this prestige and ability to sustain forces in the field at great distance which enabled the US to dominate globally, without entering new major wars to do so.

When the USSR disappeared, the victory seemed complete for the U.S. and its allies, until Presidetn Obama and Sec. of State Clinton thought that they could find unilateral surcease in the traditional competition which had served so well for a century.

Now, the PRC, in particular, and Russia in a different way, are calling Washington to account. For them, it is a response to an existential threat not posed by the US, but by the transforming nature of the global social and strategic architecture. This is a threat which could destroy their cohesion as classical nation-states; the process of building unity out of disparate human components. Thus, for example, the PRC builds carrier battle groups, “sixth-generation” fighters, and a new-generation strategic bomber to replace the H-6K, not because these are necessarily the best weapons technologies for future conflicts, but because they are the elements which force their adversaries to respond.

More importantly, these capabilities and prestigious systems create a framework around which their own peoples’ sense of nationalism can rally.

But this has a corollary for the West. This is the first time in decades that the U.S. and West have been placed on the defensive, globally. The West has not, over the past decade, responded well to this situation. Even now, its military thinkers — with some notable exceptions — insist that Russia and the PRC are not capable of achieving the technological high ground which the U.S. believes it commands.

How reminiscent is this of the contemptuous disregard with which U.S. military thinkers contemplated Japan in the 1930s and until 1942?

The PRC is not building its new “conventional” or “traditional” forces (to include nuclear) to fight wars, although their warfighting capability is key to their credibility. No: the PRC is building them to dominate a world not engaged in hot war.

“Grand strategy” weapons to dominate the peace are in some ways different from weapons which are decisive in actual theater combat. And, as the U.S. involvement in the Iraq and Afghanistan wars demonstrated, the use of “grand strategy weapons” in tactical engagements is expensive, both in monetary terms and in the loss of prestige implied because the great power has been forced to employ symbolic weapons to defeat grit at a theater level.

Strategic weapons are most effective in the prestige (in other words, in the psychological) spectrum; that is where they earn their keep. Look at the 1923-24 global Empire tour of Britain’s beautiful battle cruiser, HMS Hood, and the ships of the Special Service Squadron; this flag-showing revived the United Kingdom’s prestige when the Great War had so drained it.

Meanwhile, North Korea (DPRK) has now demonstrated its ability to launch its solid-fuel KN-11 medium-range ballistic missile underwater from a Sinpo-class submarine (December 2014 and August 24, 2016); it has also undertaken its fifth demonstration detonation of a nuclear weapon, this time (Sept. 9, 2016) more advanced and smaller than ever. Iran, too, builds its capabilities in traditional military systems (including nuclear), but both Iran and the DPRK focus heavily on next-generation cyber capabilities, the real-world weapons of deterrence and success.

The actions of the PRC, Russia, the DPRK, and Iran in creating advanced weapons and in projecting power can no longer be wished away by the U.S. There can be no pretense that these forays are unimportant, or are bound to failure. The reality is that the U.S. now lacks the prestige and creative strategic thinking to avert or suppress them. Thus the U.S. Presidential election of November 2016 becomes critical.

Moreover, it is not an election which should decide whether the U.S. could or should confront the PRC, Russia, et al, because reaction is not a viable response at a strategic level. Already, reaction implies that the reactive state is not in control of the agenda. For the past eight years, the US has been forced increasingly into a reactive mode, and it is clear that Presidential candidate Hillary Clinton would not alter this trend. She helped create this situation.

Breaking the cycle of hubris and stagnation — which began before the Obama Administration; indeed, after the retirement of U.S. President Ronald Reagan in 1989 — does not mean that the goal of the U.S. should be to confront the PRC and Russia. The first goal for the U.S. should be to confront itself, and to look at how it must re-galvanize itself as a sovereign entity to weather the already-evident economic maelstrom which is emerging. It is an exercise in self-delusion for the US to blame others for doing what they must for their own countries when the U.S. fails to do what it must for itself. And that is a lesson for us all.

For the U.S., the Western states, the PRC, Russia, the DPRK, Iran — and all states — the challenge will be how to hold together their sovereign entities in the face of trends which threaten to damage currencies, borders, self-sustainment, and identity. That the PRC and Russia are undertaking nation-building through the creation of prestigious symbols of strength only shows that they have not forgotten the fundamentals of power.

China and Russia did what came naturally: Fill the vacuum of power created by Obama administration, WorldTribune.com