Police in Spain have charged the president of European pharmaceuticals giant PharmaMar with being falsely vaccinated against Covid-19. 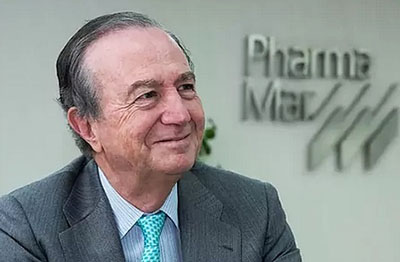 Police allege that Jose Maria Fernandez Sousa-Faro arranged to be injected with a saline solution instead of a Covid-19 vaccination and paid thousands of dollars to have his name added to Spain’s National Immunization Registry, as confirmed by police sources and reported by El Periodico de Espana.

EuroWeekly News reported that the leader of the false vax status network was a nursing assistant at the La Paz University Hospital. He is accused of charging more than €200,000 euros for fraudulently registering 2,200 people as vaccinated in the National Registry against Covid-19. He has been arrested and is currently in custody.

Sousa-Faro, who founded PharmaMar in 1986, is a professor of Biochemistry at the Complutense and Santiago de Compostela Universities and has a degree in Business Administration from IESE in Madrid. He has around 100 publications and patents in the area of ​​biochemistry, antibiotics, and molecular biology. He has more than 35 years of experience in the pharmaceutical industry at ICI-Farma, Antibióticcs, Zeltia and PharmaMar.

Steve Kirsch noted in a substack post: “Now, here’s what you ask your blue pill friends: Why would the chief executive of a very large pharma company in Spain pay a huge fee (it was set based on ability to pay) and risk a long prison sentence to avoid taking a perfectly safe vaccine that will keep him from dying from COVID?”

“The fact that the head of a pharmaceutical company is dodging the vaccine should tell you something about the jab, but the media will only continue to gaslight us and tell you that you’re the crazy one for questioning it,” Evie Magazine’s Gina Florio noted on June 1.

Sousa-Faro is among several celebrities and European elites on the list drawn up by National Police of those falsely vaccinated against Covid. According to the police, the fee for being granted vax status was dependent on the payee’s social standing. The more important they were, the higher the price.

The famous people investigated so far include:

CEO of major pharma company in Spain charged with faking his Covid vax status added by Editor Two on June 3, 2022
View all posts by Editor Two →