Already serving two life sentences for a series of murders he committed in France on behalf of the Palestinian cause, the Venezuelan-born terrorist known as “Carlos the Jackal” is on trial for another deadly attack.

Ilich Ramirez Sanchez, once the world’s most-wanted fugitive, appeared in a French court on March 13 over a 1974 attack at a Paris shopping arcade in which two people were killed and 34 injured. The Jackal is accused of throwing a hand grenade from a mezzanine restaurant into a shopping area in the Latin Quarter of Paris. 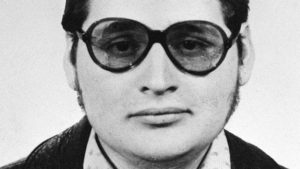 If convicted, the 67-year-old Marxist terrorist could get a third life sentence.

As the trial opened on March 13, the Jackal denounced it as a “gross manipulation of justice” 42 years after the attack, NBC News reported. He has denied involvement and pleaded innocent.

Asked to state his profession before the court, he called himself a “professional revolutionary,” and said “I’m doing fine” in prison — after more than 20 years behind bars.

At the time of the Paris attack, Ramirez Sanchez was 24-years-old and already had joined the organization Popular Front for the Liberation of Palestine (PFLP).

Ramirez Sanchez’s long-time lawyer and fiancé, Isabelle Coutant-Peyre, claims that none of the witnesses from the Drugstore Publicis restaurant had described a man resembling her client, and that the whole case was trumped-up.

In 1979, the Al Watan Al Arabi, an Arab language news magazine in France, published a long interview with a man it identified as Ramirez Sanchez in which he allegedly claimed he had personally thrown the grenade into the restaurant, described the full details of the operation and explained why it was carried out. The Jackal later disputed he had given the interview.

According to court documents in the current case, the Jackal became the military chief of the PFLP in Europe and claimed “operational and political responsibility” for all the operations of the group on the continent and also for “all the wounded and all the dead.”

“I am a hero of the Palestinian resistance, and I am the only survivor of (the group’s) professional executives in Europe because I used to shoot first,” he told investigators.

The Jackal became one of the world’s most wanted fugitives after an operation in which he took OPEC oil ministers hostage in the name of the Palestinian struggle. Three people were killed in the incident.

He was captured in Sudan in 1994 by French special forces.