Canada, which participated in the Korean War and is still technically at war with North Korea, faces a “unique vulnerability” should Pyongyang decide to target the Great White North, an analyst said.

“At present, Canada does not possess any means to deter or counter” a North Korean nuclear ballistic missile strikes, Danny Lam wrote for the Second Line of Defense forum Sept. 1. 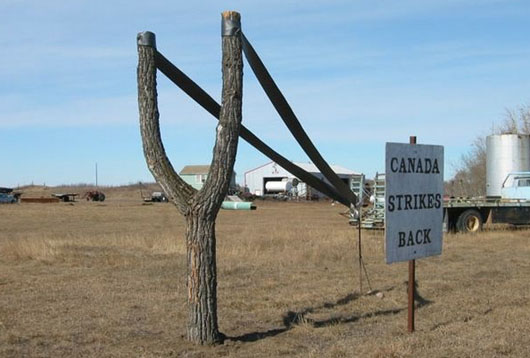 “The default, or status quo, is Canada is defenseless against North Korean aggression.”

Lam added that none of Canada’s allies “are obligated to come to its aid to either deter or defend against a North Korean attack. … It is questionable whether the U.S. will apply extended deterrence and risk American civilian lives for a nuclear attack solely aimed at Canada – especially if it is a surprise attack that cannot be determined in real time to be nuclear, conventional, decoy, or a missile ‘test.’ ”

Lam noted that Canada does not participate in the U.S. Missile Defense System; NORAD does not include ballistic missile defense in its mandate; and NATO members excluding the U.S. do not have an ICBM defense capability.

“Canada cannot count on U.S. aid under NATO for missile defense because Canada has not met NATO Article 3 treaty obligations to ‘maintain and develop [Canada’s] individual and collective capacity to resist armed attack.’ ”

Unless the Trump administration decides to come to Canada’s aid in the event of a North Korean attack, “Canada can reasonably only count on NATO allies including America to take ‘such action as it deems necessary’ under Article 5,” Lam wrote. “In the case of Canada, such action will likely mean doing nothing to deter, frustrate or prevent a successful DPRK ICBM attack.”

U.S. considerations about defending Canada against North Korean ICBMs “may change after the first proven nuclear strike, but not before,” Lam wrote.

North Korean missiles aimed at Canada “can only be (in theory, if the U.S. is willing) be intercepted by the handful of Ground-Based Midcourse Defense interceptors based in Fort Greely (40 as of 2018), Alaska or, Vandenberg Air Force Base (4), California.  Existing GMD silos are sited primarily to defend the North American west coast, with progressively weaker coverage eastward,” Lam wrote.

Aegis, THAAD and Patriot missile defense are regional or local systems and “none are in place by default to defend Canadian cities or installations. It is in theory possible to base an Aegis system (ashore or aboard ship) in the Great Lakes or James Bay to defend some of the Windsor-Montreal corridor with upgraded versions of the Standard SM-3 Block IIAor reviving the cancelled Block IIB missiles for ICBMs. But that is not presently done by either the U.S. or Canada.”

The chance of a pre-emptive North Korean strike on Canada remains low “for the foreseeable future,” Lam wrote, adding that Canada “can reduce the threat from DPRK by negotiating to formally end the war.”

The advantage of “doing nothing” or to seek a separate peace with North Korea is that the Liberal regime of Canadian Prime Minister Justin Trudeau “can do so unilaterally in a parliamentary system. A peace treaty, however onerous the terms, is unlikely to cause the government to fall unless the liberal backbenchers revolted – a remote possibility in Canada that has a history of willingly paying terrorists bribes.

“No work needs to go into securing an all party consensus that would be required for a major change in defense and foreign policy and sizable expenditures for rearmament. Or to convince Canadians of the existential threat from DPRK. After all, the last indisputable existential threat to Canada was the war of 1812.”

Still, “paying war indemnities and compensation, it is no guarantee that DPRK will not attack Canada,” Lam wrote. “All DPRK needs to do is to invent a new grievance like Nazi Germany did to justify war.”

A successful nuclear strike on Canada has a “high probability that it would not automatically result in a U.S., UK, or French nuclear attack on DPRK,” Lam wrote. “That is before China weighs in to prevent the U.S. from attacking.

North Korea can, by this strategy, “achieve the goal of defeating the USA and forcing the U.S. to withdraw from the Korean peninsula without directly attacking the U.S.,” Lam wrote.

China also wins “by relying on their aggressive North Korean subsidiary to achieve their goals. This would be a classical East Asian strategy.”