The California General Assembly has passed legislation that would allow judges to decide whether LGBTQ adults who have sex with underage teenagers should be kept off the state’s sex offender registry. 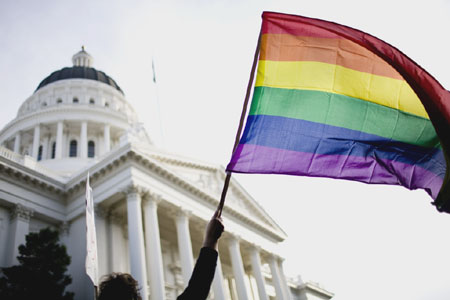 Democrat Gov. Gavin Newsom is expected to sign the bill into law.

The bill, SB 145, calls for a judge to use discretion on assigning an individual to the sex offender registry if their victim was between the ages of 14 to 17 and the age difference between the offender and the victim is less than 10 years.

One of the few Democrats who objected to the legislation, State Rep. Lorena Gonzalez, said: “I cannot in my mind as a mother understand how sex between a 24-year-old and a 14-year-old could ever be consensual, how it could ever not be a registrable offense. We should never give up on this idea that children should be in no way subject to a predator.”

LGBTQ advocates, including the bill’s author, Democrat state Sen. Scott Wiener, say it would do away with a discriminatory law, one that’s a relic of a penal code that criminalized those acts until 1975, even between consenting adults.

“This distinction in the law is irrational and discriminatory towards LGBTQ youth,” Wiener said in a fact sheet on the law produced by his office, Equality California and the Los Angeles District Attorney’s Office, all of which support the bill. “SB 145 ends this irrational distinction by treating all sex the same way that the law currently treats penile-vaginal intercourse.”

Wiener also championed legislation that lowered the criminal penalty from a felony to a misdemeanor for knowingly transmitting HIV.

The legislation passed the California state Senate by a 23-10 vote and passed the Assembly by a 41-18 vote, the San Fransisco Chronicle reported. Democrats hold a supermajority in California’s legislature.