Academia has, for many decades, been a bastion of leftist orthodoxy. But the current extremity of its actions and beliefs have reached a level that should trouble the majority of Americans, and call into question the wisdom of funding, through taxes, tuition, grants, or donations, of institutions that may be doing the nation far more harm than good.

Hillsdale College President Larry P. Arnn notes that in a survey of young Americans: “one in two ‘millennials’ say they would rather live under Socialism or Communism than a capitalist democracy.” 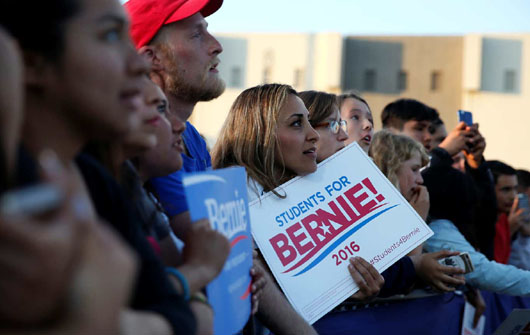 This follows trends from the 2016 elections, in which more millennials in the primaries voted for avowed Socialist Bernie Sanders than for Hillary Clinton or Donald Trump combined.

The reasons for that preference become abundantly clear upon examining the educational experience they have been subjected to.

A survey of reported incidents and academic attitudes across the nation indicate that it’s not a liberal perspective that is purveyed, promulgated, and forced upon students, but something significantly more extreme, including attitudes that oppose the very founding principles of the United States.

“the most celebrated education-reform organization in the U.S.” has “transformed itself into an arm of the progressive movement? Teach for America, or TFA, the national corps of recent graduates who commit two years to teaching in underserved classrooms across the country, was founded to help close the achievement gap between rich and poor students. But now it increasingly functions as a platform for radical identity politics and the anti-Trump “resistance … In remaking itself, TFA has subtly downgraded the principles that had won it allies across the spectrum … TFA’s message seems to be that until numerous other social ills are cured—until immigration is less restricted, policing becomes more gentle, and poverty is eliminated—an excellent education will elude the poor. That was the status-quo defeatism TFA originally set out to challenge … TFA’s leaders have now fully enlisted the organization in the culture war—to the detriment of its mission and the high-minded civic sensibility that used to animate its work.

Within higher education, objective indicators certainly point to a political bias on college campuses. A study published in Econ Journal Watch investigated the voter registration of faculty at 40 leading U.S. universities in the fields of Economics, History, Journalism/Communications, Law, and Psychology. The study found an overall Democrat to Republican ration of 11.5 to one.

An article in the leftist magazine Mother Jones by Chris Mooney notes that:

sociologist Neil Gross of the University of British Columbia proves through extensive data analysis on the politics of professors that conservatives are right that academia leans to the left.

The assumption that most college campuses lean left is so widespread in American culture that it has almost become a caricature: Studies about professors’ political beliefs and voting behavior suggest this assumption is at least somewhat correct … For the minority of professors who are cultural and political conservatives, what’s life actually like? Finding out wasn’t easy, in part because so many conservative professors are—as they put it—closeted. Some of the people they interviewed explicitly said they identify with the experience of gays and lesbians in having to hide who they are. One tenure-track sociology professor even asked to meet Shields and Dunn in a park a mile away from his university.

Conservative students face significant discrimination on college campuses. Intimidation in classrooms is just part of the problem. Students who seek to express their views outside of those classrooms frequently find their voices silenced by massive restrictions on campus free speech.

Writing in The College Fix, Neetu Chandak, a communications major at Cornell, reported that being an open conservative on college campuses will make difficult for students. She described her personal experience:

Many found it acceptable to be hateful toward me because they perceived me as ‘hateful.’ The worst came after I appeared on Fox News in May to voice alarm over a new course at my Ivy League institution that deeply criticized Donald Trump while venerating Barack Obama … Being a conservative, or even being a moderate, is a very difficult lifestyle here. (Ms. Chandak was pressured into stepping down as an RA after her superiors) bristled at my right-leaning politics and my insistence that RA meetings present students with both sides of any issue.
Karl Marx, Prussian-born philosopher, economist, political theorist, sociologist, journalist, and revolutionary socialist (John Jabez Edwin Mayal [Public domain], via Wikimedia Commons)

CNS provides a disturbing report from the University of Hawaii:
’We need to think very, very clearly about who the enemy is. The enemy is the United States of America and everyone who supports it.’ That’s taught to University of Hawaii students by Professor Haunani-Kay Trask. Richard Falk, professor emeritus at Princeton University and the U.N. Human Rights Council’s Palestine monitor, believes stated that President George W. Bush ordered the destruction of the twin towers.’ … Then there’s Georgetown law professor Louis Michael Seidman, who explained our national problems by saying, ‘But almost no one blames the culprit: our insistence on obedience to the Constitution, with all its archaic, idiosyncratic and downright evil provisions.’

When U.S. history is taught, even on the lower school level, it is frequently from an extreme anti-American bias. The Federalist reported that in 2014, when award-winning history professor Larry Krieger reviewed Common Core’s AP American history curriculum, he was appalled.

Krieger … conducted a meticulous dissection of the anti-American themes and anti-knowledge gaps in the extensive new curriculum framework. These include emphasizing exploitation, racial conflict, and economic determinism, and omitting the Pilgrims, all Revolutionary War battles, Alexis de Tocqueville, Uncle Tom’s Cabin, and much more. Their analysis and Wood’s also make it quite clear that the new curriculum is nowhere near objective, or even even-handed, philosophically, and is, moreover, organizationally incoherent.

If leftist views and free speech restrictions sound like something from Communist China, that may not be coincidental.

Last year, the University of North Carolina at Charlotte made an announcement … The university would soon open a branch of the Confucius Institute, the Chinese government-funded educational institutions that teach Chinese language, culture and history … But the Confucius Institutes’ goals are a little less wholesome and edifying than they sound—and this is by the Chinese government’s own account. A 2011 speech by a standing member of the Politburo in Beijing laid out the case: ‘The Confucius Institute is an appealing brand for expanding our culture abroad … It has made an important contribution toward improving our soft power … ’ More than a decade after they were created, Confucius Institutes have sprouted up at more than 500 college campuses worldwide, with more than 100 of them in the United States … Overseen by a branch of the Chinese Ministry of Education known colloquially as Hanban, the institutes are part of a broader propaganda initiative that the Chinese government is pumping an estimated $10 billion into annually …