Snaps of bitter cold weather, which includes the current “polar vortex” that has an icy grip on much of the U.S., are becoming more frequent due to global warming, The New York Times claimed in a Jan. 19 article.

The Times report did not cite scientists who disagree that global warming is making U.S. winters colder. 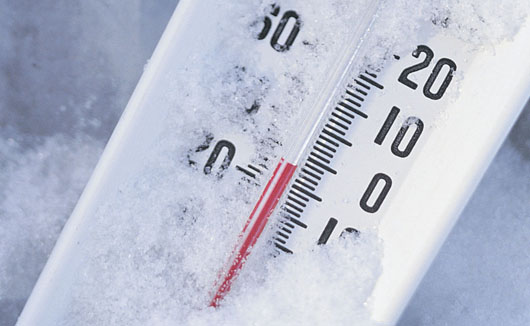 Its article relies heavily on two scientists who “suspect that the more frequent polar vortex breakdowns can be tied to climate change,” The Daily Caller noted in a Jan. 20 report

“I’ve been making that argument that winter is shortening, but you’re getting these more intensive periods in that shorter winter,” Judah Cohen, a climate scientist with the firm Atmospheric and Environmental Research, told the Times.

“When we lose a lot of ice in that particular area in the summer, it absorbs a lot of extra heat from the sun,” echoed Jennifer Francis, a climate scientist at the Woods Hole Research Center.

According to Cohen and Francis, arctic ice melt is linked to the alleged more frequent breakdown of the polar vortex, the stratospheric bands of wind circling the pole, during the winter, sending frigid air and driving winter storms.

“As the Arctic gets warmer and warmer, the severe weather picks up,” Dr. Cohen said.

Daily Caller Energy Editor Michael Bastich, wrote that “This is not a widely accepted theory. In fact, there’s lots of evidence to suggest it’s not correct, including a 2018 study that found ‘[c]old waves like this have decreased in intensity and frequency over the last century.’ ”

“Such claims make no sense and are inconsistent with observations and the best science,” University of Washington climatologist Cliff Mass told The Daily Caller News Foundation in 2018 when news outlets reported record cold temperatures were a product of warming.

“The frequency of cold waves have decreased during the past fifty years, not increased. That alone shows that such claims are baseless,” Mass said.

Other climate scientists have also challenged Francis’s and Cohen’s claim that cold snaps are becoming more frequent. National Oceanic and Atmospheric Administration scientist Amy Butler noted breakdowns in the polar vortex, which happen every winter, “does not seem to be increasing in frequency nor is there consensus it will by 2100.”