Since the First Amendment prohibits the Left from achieving its goal of government suppression of conservative speech, liberals have “outsourced censorship” of speech they don’t like to the tech giants in Silicon Valley, a prominent conservative blogger wrote.

“Liberals control every newspaper in America, as far as I know, except the Manchester Union Leader. They control CBS, ABC, NBC and every cable network except Fox News. They control what is left of the news magazines, and pretty much every other magazine, too. Only talk radio and the pesky Internet lie outside their grasp, so that is where they seek to impose censorship,” John Hinderaker wrote for Power Line on Aug. 17. 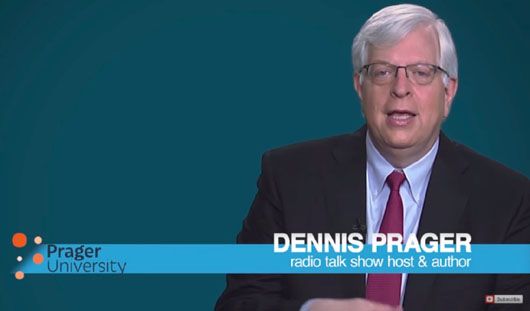 Hinderaker wrote that “Unfortunately, most political conversation these days occurs not on the ‘free’ Internet, where independent sites like Power Line reside, but rather on social media – Facebook, Twitter, YouTube and so on. Other players include Google (in its search capacity), Apple, Pinterest, Spotify, etc.

“Happily – if you are a leftist – all of these tech companies are run by liberals. And because they are private companies, they are not constrained by the First Amendment. They can restrict or ban conservative communications on the ground that they are ‘hate speech,’ or on no grounds whatsoever, with impunity.”

And, Hinderaker wrote “that is exactly what they are doing.”

President Donald Trump tweeted on Aug. 18: “Social Media is totally discriminating against Republican/Conservative voices. Speaking loudly and clearly for the Trump Administration, we won’t let that happen. They are closing down the opinions of many people on the RIGHT, while at the same time doing nothing to others…….”

“Censorship is a very dangerous thing & absolutely impossible to police,” Trump said. “If you are weeding out Fake News, there is nothing so Fake as CNN & MSNBC, & yet I do not ask that their sick behavior be removed. I get used to it and watch with a grain of salt, or don’t watch at all.”

Hinderaker cited as an “astonishing example” the censorship of the conservative Prager University.

“Dennis Prager is probably the foremost public intellectual of our time,” Hinderaker wrote. “His Prager University has been wildly successful. It brings a much-needed conservative antidote to the liberal nonsense to which so many Americans, especially young people, are subjected. That has made Prager a key target of the Left.”

YouTube (which is owned by Google) has tried to suppress traffic to PragerU’s products and Facebook has shadow banned PragerU “into complete silence to its more than 3 million followers,” Hinderaker noted.

PragerU media personality Will Witt posted on Facebook on Aug. 17: “Our last 9 posts have been completely censored reaching 0 of our 3 million followers. At least two of our videos were deleted last night for ‘hate speech’ including a post of our most recent video with The Conservative Millennial, Make Men Masculine Again.”

PragerU Chief Marketing Officer Craig Strazzeri said in a statement: “This is a first for us. While we’ve experienced blatant discrimination from Google/YouTube, which is why we’ve filed legal action against them, this represents a whole new level of censorship by Facebook. At this point, Facebook has provided little clarity saying it will get back to us in another two to three business days, which in the world of social media might as well be an eternity.”

Hinderaker wrote that “any claim by the Left that companies aligned with it are merely cleansing themselves of disreputable content would be absurd. First, PragerU is among the most reputable content on the Internet. Second, they have taken no action against left-wing extremists like the fascist Antifa, which disseminates its hate speech freely on every social media platform I am aware of.”

Hinderaker continued: “The Left’s attempt to outsource censorship to its Silicon Valley allies is one of the most important issues of our time. The proper solution may lie in creating competitive platforms, or in legislative, regulatory or judicial action. Perhaps platforms fitting a particular legal definition should be regulated as public utilities. After all, Federal Express doesn’t refuse to deliver packages to the National Review office on the ground that they may contain conservative communications, and telephone companies haven’t tried to cut off connections when two conservatives are talking. Why should Facebook, Twitter and YouTube be permitted to engage in political discrimination?”

Trump suggested that the people “making the choices” on limiting content online cannot be trusted.

“Too many voices are being destroyed, some good & some bad, and that cannot be allowed to happen,” he continued. “Who is making the choices, because I can already tell you that too many mistakes are being made. Let everybody participate, good & bad, and we will all just have to figure it out!”