Rev. Clenard Childress, Jr., assistant to the national director of the Life Education and Resource Network, said nearly 1,800 black babies are killed in the womb each day with the majority of abortion clinics located in minority neighborhoods. 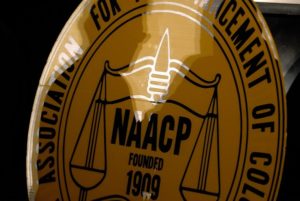 “We’re very frustrated with the words of Rev. Barber and his reference to the clergy praying for Donald Trump [and] insinuating that this administration is ‘preying’ upon black people, but it’s just the opposite,” Childress told OneNewsNow.

“The NAACP and Rev. Barber support abortion, which is causing black genocide.”

“It’s time for clergy to own up to the responsibility of shepherding their sheep and leading them away from the slaughter, not to the slaughter,” Childress said.

LifeNews.com noted that the NAACP supports abortion “despite it being the largest destroyer of black lives in America.” and “even opposed a bill to ban abortions based on the unborn baby’s race.”