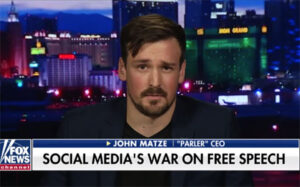 Twitter Inc. TWTR -1.62% said it is permanently suspending President Trump’s personal account, citing the risk of further incitement of violence in the wake of this week’s attack on the U.S. Capitol by a mob of his followers. The announcement Friday came two days after the social-media platform, one of Mr. Trump’s main tools for communicating publicly, temporarily halted his ability to post for violating its policies, saying further violations could lead to a permanent ban. Mr. Trump’s access then resumed on Thursday.

“After close review of recent Tweets from the @realDonaldTrump account and the context around them—specifically how they are being received and interpreted on and off Twitter—we have permanently suspended the account due to the risk of further incitement of violence,” Twitter said in a blog post. … In a tweet, Jason Miller, a senior adviser to Mr. Trump’s campaign, called Twitter’s move “disgusting,” adding “Big Tech wants to cancel all 75M @realDonaldTrump supporters.”

Apple Inc. AAPL 0.86% has threatened to ban Parler, a free-speech focused social-media network favored by conservatives, for failing to moderate incitements to violence and illegal activity, according to a notice provided to The Wall Street Journal by John Matze, Parler’s chief executive.

“We have received numerous complaints regarding objectionable content in your Parler service, accusations that the Parler App was used to plan, coordinate and facilitate the illegal activities in Washington DC on January 6,” the notice begins. The tech giant said in order for Parler to remain available in the App Store, it had to provide detailed information on its content-moderation plans and “what you will do to improve moderation and content filtering your service for this kind of objectionable content going forward.”

On the heels of those two Friday-night stories chronicling Silicon Valley’s shocking Soviet-style crackdown, the Wall Street Journal appeared to justify the suppression of the First Amendment Freedoms of half the voters in the most recent U.S. presidential election. Its report: “Trump and His Allies Set the Stage for Riot Well Before January 6” suggested a Trump-backed social media conspiracy to incite violence against the government.

It took just a few hours for pro-Trump rioters to storm the U.S. Capitol Wednesday. Before that were weeks of rhetoric and encouragement from the president and a circle of close allies, whose actions are certain to draw closer scrutiny.

In the weeks after the election, President Trump and a handful of key, high-level supporters urged in news conferences, speeches and social media posts that followers of the president should rise up against the outcome of a national election they said was rigged. In December, they started targeting Jan. 6, the day set by law to ratify the Electoral College vote in Congress, to air their grievances. …

No evidence of widespread election fraud has emerged. In subsequent weeks, more than 50 legal claims filed by the Trump campaign or its supporters alleging election fraud were dismissed before state and federal courts, as well as the U.S. Supreme Court.