Discouraged by surging mortgage rates, a large number of potential home buyers avoided the market in September as sales of new homes declined by 10.9 percent, according to data released by the Census Bureau on Wednesday. 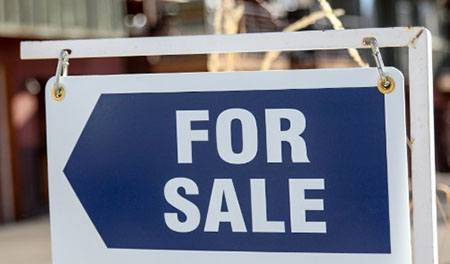 Compared with September of 2019, the last comparable month prior to the pandemic, new home sales are down 16.1 percent.

The Fed has made it clear that it has no intention of lowering mortgage rates next year “and is willing to accept a recession as the price of bringing down inflation,” Breitbart’s John Carney reported on Wednesday.

New home sales had surged in August after mortgage rates declined temporarily in July and August, with the average rate on a 30-year mortgage falling from 5.81 percent in late June to 4.99 percent in early August. But rates have climbed sharply since then. The Mortgage Bankers Association reported Wednesday that the average rate on a 30-year fixed mortgage had hit 7.16 percent last week, the highest since 2001.

Carney noted: “Expectations for the Fed’s so-called ‘terminal rate’ — the highest rate target expected in this cycle — have moved up sharply, with markets and forecasters now indicating that the Fed will raise the top of its target range to five percent next year. The current target is a range of three percent to 3.25 percent but that is expected to be raised to 3.75 to four percent at the Fed’s meeting next week.”

The price of a new home, meanwhile, is up sharply on the year despite the decrease in sales.

Wednesday’s report indicated that the median sales price of a new home rose 13.9 percent from a year earlier to $470,600. Compared with the prior month, the median price was up 8 percent before seasonal adjustments.

“Home builder sentiment has declined every month this year, the longest stretch of consecutive declines on record. It is now at the lowest it has been—outside of the first months of the pandemic—since 2012,” Careny added.