Joe Biden bumbled his way through a bizarre 90-minute town hall on CNN on Thursday.

At one point, Biden placed his forearms with his fists clenched in the air such that they gave an impression that he was resting his hands on a podium. 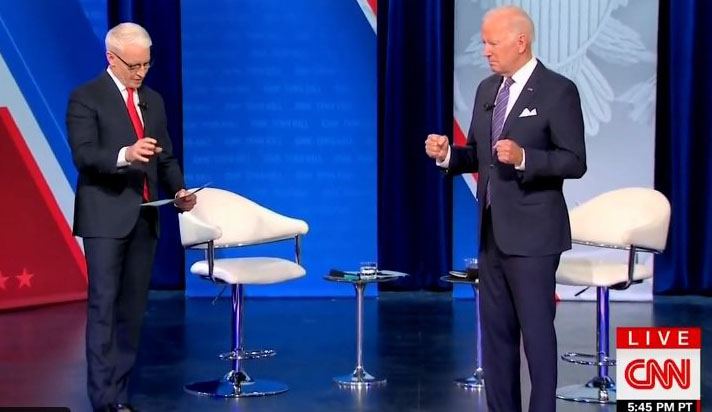 Biden’s supporters at Twitter even went so far as to label a video of the podium stance as containing “potentially sensitive content.” (In doing so, did Twitter inadvertently acknowledge Biden’s deteriorating mental state?)

THERE’S NO PODIUM THERE BRO.
pic.twitter.com/76pCgIiV82

On Friday, Biden’s handlers at the White House had to walk back his vow to call in the National Guard to aid the congested supply chain.

Asked if he would want the National Guard to drive trucks, Biden replied: “The answer is yes, if we can’t move to increase the number of truckers, which we’re in the process of doing.”

The White House told Fox News on Friday that “requesting the use of the national guard at the state level is under the purview of Governors.”

In another bizarre moment, when Biden was asked about the possibility of tax increases for the wealthy, he responded “don’t pay a cent”. And while he responded asking corporations to not pay a dime, he made a circle with his index finger and thumb and held it up to his eye. 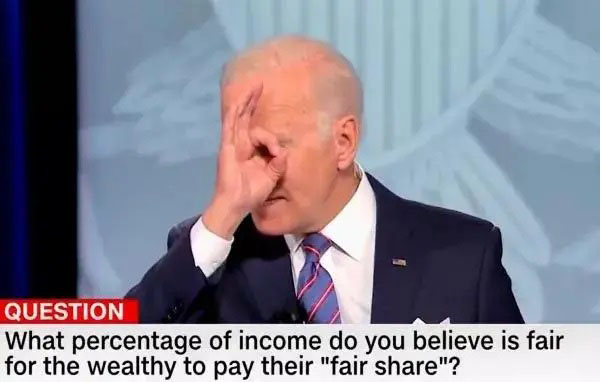 “You have 55 corporations, for example, in the United States of America, making over $40 billion, don’t pay a cent—not a single little red cent,” he added.

At one point on the subject of the supply chain, Biden said: “Forty percent of all products coming into the United States of America on the West Coast go through Los Angeles and … what am I doing here?” He could not recall the name of Long Beach. Fortunately, Cooper stepped in to remind him.

In an “they all look alike to me” moment, Biden pointed to a man in the audience and said he was the mayor of Baltimore.

As it turned out, the man whom Biden was pointing out was not the mayor of the Baltimore. He was Democrat Rep. Kweisi Mfume, whose District includes Morgan State and was never mayor of Baltimore.