Happens to us all? Biden says ‘everybody knows someone’ who has used naked photos in blackmail attempts 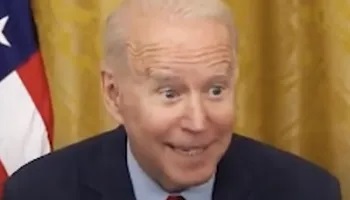 Analysis by WorldTribune Staff, March 17, 2022 When was the last time you or someone you know used naked photos to blackmail someone? It’s quite common, according to Joe Biden. Biden said so during remarks on Wednesday at an event celebrating the reauthorization of the Violence Against Women Act. “How many times have you heard […] 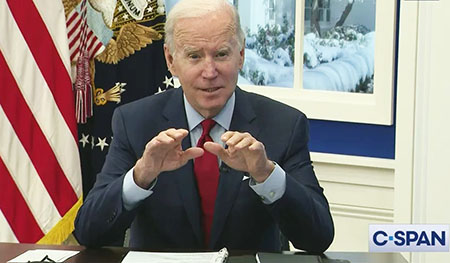 Special to WorldTribune.com By Bill Juneau At President Biden’s recent news conference marking his first full year as the nation’s head man, reporter James Rosen asked Biden for his reaction to a poll finding that millions of Americans, Democrats as well as Republicans, do not believe that he is “mentally fit” for the job. With […] 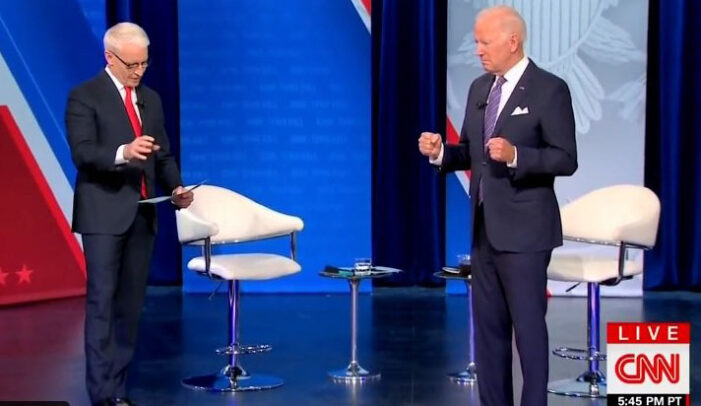 Analysis by WorldTribune Staff, October 22, 2021 Joe Biden bumbled his way through a bizarre 90-minute town hall on CNN on Thursday. Although he had supporter-acting-as-moderator Anderson Cooper to rescue him on several occasions, Biden made several comments that White House staff later had to clarify, several comments that no one has been able to […] 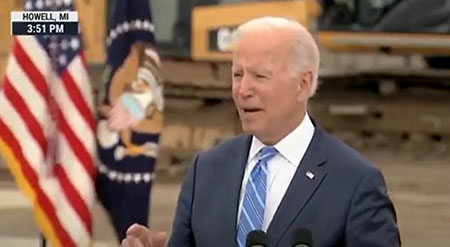 by WorldTribune Staff, October 6, 2021 Take a crack at what Joe Biden is saying in this clip from his outing to Michigan on Tuesday: Some on social media attempted to decipher Biden and came up with the following: “Parenthetically, when you build a jargy station, it’s like back in the day when my grandpop […]