Americans are already paying more at the pump due to Joe Biden’s assault on domestic energy production. Now, get ready to pay up after you’re done pumping and hit the road. 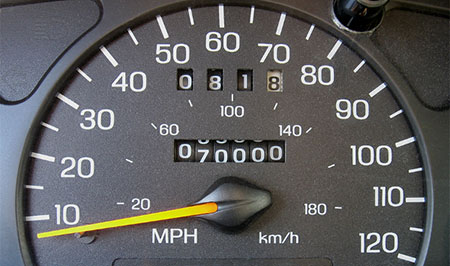 Team Biden is getting ready to hit up American taxpayers for multiple trillions for so-called “infrastructure” legislation.

To help pay for it, Biden is considering Transportation Secretary Pete Buttigieg’s idea of taxing Americans for every mile they drive.

You are already paying a federal tax on gas. That tax is what would allegedly pay for such proposals as Team Biden’s infrastructure legislation.

So taxing drivers per mile would amount a double tax, right? In the leftist lexicon, no. You are currently being taxed for getting the gas. Now, you will be taxed for using the gas.

Buttigieg on Friday said the proposal “shows a lot of promise.”

“If we believe in that so-called user pays principle, the idea that part of how we pay for roads is you pay based on how much you drive, the gas tax used to be the obvious way to do it, it’s not anymore. So a so-called vehicle miles traveled tax, or mileage tax, whatever you want to call it, could be the way to do it,” Buttigieg said during an appearance on CNBC’s “Squawk Box.”

Team Biden is also considering a carbon tax, and an increase of the gas tax.

Republicans, who have largely signaled opposition to the infrastructure proposal, are likely to be frozen out of negotiations as they were in the Democrats’ covid relief package.

“I’m very disappointed with what I’m reading because I’m envisioning that the same thing is going to happen that happened with our covid attempts to become a part of that,” West Virginia Republican Sen. Shelly Moore Capito said.

Some Democrats have said they want to use budget reconciliation for a second time. The party used the budget process for the Covid-19 bill, lowering the number of votes needed in the upper chamber from 60 to 50, effectively eliminating any need for Republican support.