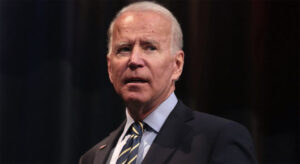 “Oh boy — he resigned just because he sexually harassed women?” said Biden to the picture on the wall behind the person who was talking to him. “What’s wrong with grabbing a leggy dame every now and again? I really hope that doesn’t catch on. Then I might have to resign, right? Wait — am I a governor?” …

Kamala Harris insists she would never sabotage Biden with more harassment allegations to get him kicked out of office. When reached for comment, she responded saying: “HAHAHAHAHAHAHA!”