Be warned, America: Elizabeth Warren is surging in the polls

Sen. Elizabeth Warren is on the move. Latest polls on the Democratic presidential primary have the Massachusetts socialist in second place behind Joe Biden. Some even have her tied for first.

According to analysts, Warren is running a “smart’ and “disciplined” campaign. The New York Times predicts the progressive firebrand will win the nomination. The overall pattern is clear: Warren is rising; Biden is declining; and Bernie Sanders is fading. She has all the energy and momentum. The Democrats’ left-wing base adores her. Warren’s following resembles a cult more than a movement. 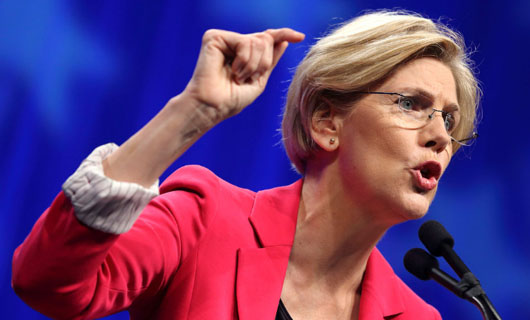 This is why Americans should be deeply concerned. The unthinkable has become possible — maybe even probable: Warren may win. She could become the Democratic standard-bearer in 2020, which means the only obstacle that would stand between her and the presidency is Donald Trump.

Wall Street is already beginning to panic. Top CEOs and executives are warning that a Warren administration would devastate the economy. Her call for massive tax increases, crushing regulations on banks and businesses, and wild, out-of-control spending not only threaten to end our economic boom. It would trigger a depression. Business leaders say a Warren presidency would cause capital, investment and corporations to flee the country. In a matter of months, America would become Venezuela.

In fact, Bill O’Reilly pretty much said the same thing on my show. In an interview, O’Reilly vowed that, should Warren (or Bernie) win the 2020 election, he will take “all” of his assets and money and “move” to Ireland or Switzerland. The reason: Warren’s policies would confiscate most of O’Reilly’s wealth built up throughout his career, and which he has already paid taxes on. (You can listen to the full interview here).

O’Reilly will not be the only one. Millions will follow, leading to the outflow of trillions of dollars. This always happens when socialist regimes are established. Warren’s revolution would be no different.

Her campaign openly champions the nationalization of American business. Warren’s plan not only seeks to dismantle the big banks, but to impose stifling regulations and corporate taxes that Trump rolled back. Furthermore, Warren promises that every U.S. business will have to apply to acquire a license to operate, and to abide by new rules of corporate governance. She wants the federal government to regulate and control every corporate boardroom, forcing businesses to “share” their profits with unions, employees, customers, community groups and — I kid you not — contribute to a giant fund to combat climate change. Profits would no longer go to shareholders — i.e. to the owners of a business — but to groups designated by Warren’s regulatory elites.

In short, her program would destroy America’s business and financial sectors, thereby transforming our free-enterprise system into a centralized command economy.

The middle- and working-class, however, would suffer the most. The rich can move their wealth and assets overseas. Ordinary people can’t. Should the stock market tank — and under Warren it would drop like a stone — tens of millions of middle-class Americans would lose their pensions, savings and 401(k)s. Rather than helping the “99 percent,” Warren’s state socialism and economic collectivism will immiserate them.

Warren is not just a kooky far-left candidate. She is a progressive fanatic, driven, ambitious, relentless and lusting for power. She is outworking everyone in the Democratic field — Biden, Bernie, Buttigieg, even Kamala Harris.

Warren wants it more than anyone else. She also has the support of Hillary Clinton and the Clinton machine, as well as the liberal, anti-Trump elite media. Conservatives dismiss her at our peril.

America: Elizabeth Warren is surging in the polls, Be warned, Jeff Kuhner, WorldTribune.com