The murder rate in Baltimore is 56 per 100,000 residents. That is more than the murder rates in the Northern Triangle countries of Central America — El Salvador, Guatemala and Honduras — an analysis said. 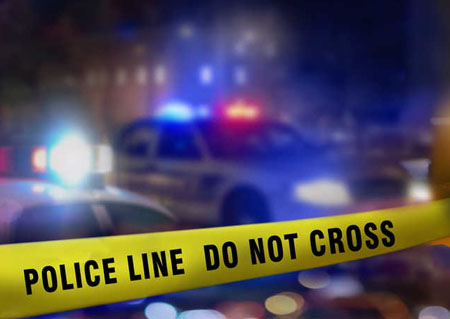 The Princeton Policy Advisors analysis reported the murder rate in El Salvador is 50 per 100,000, in Honduras it is 38, and in Guatemala it is 22.

“That Baltimore’s murder rate is higher than the most dangerous countries’ in Central America is frankly appalling on many levels, and as someone who grew up in Baltimore, I believe increased accountability is long overdue,” said Princeton Policy President Steven Kopits.

The analysis of the murder rates was done following President Donald Trump’s criticism of Rep. Elijah Cummings, whose district includes some of the most violent neighborhoods in Baltimore.

El Salvador, Guatemala and Honduras are also the nations from where the majority of migrants seeking asylum in the U.S. based on claims of “credible fear” are coming from.

The Center for Immigration Studies (CIS) noted in a tweet: “The murder rates in Central America have fallen by roughly half since 2011. Over that same time period, the number of migrants from those countries has soared. Migrants aren’t coming to the U.S. for safety, but for jobs (as they openly say when polled).”

CIS was responding to a tweet from Rep. Ilhan Omar, who wrote: “Guatemala is NOT a safe third country for migrants from El Salvador and Honduras. It is not even a safe country for many Guatemalans. This agreement violates human rights and international law.”

Kopits said that people “will no doubt be surprised to read that Baltimore has a higher murder rate than the Central American countries whose violence the Left has claimed led to the asylum crisis. Central America used to be much worse. As late as 2015, for example, El Salvador’s murder rate was about 100 — almost twice that of Baltimore. But security is much improved across the Northern Triangle countries (one reason we concluded that the asylum surge was caused by a change in U.S. policy, rather than push factors in Central America).”