The Associated Press reported in late August that 70 percent of calls to Mississippi Poison Control were linked to the use of ivermectin.

Days after being called out for publishing fake news, the Associated Press issued a correction and published the actual number — 2 percent. 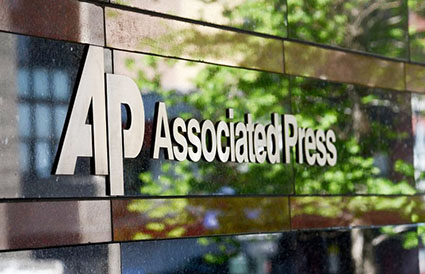 The AP blamed the mistake on officials at the Mississippi Department of Health, who allegedly told the leftist news service that at least 70 percent of recent calls to the Mississippi Poison Control Center were related to ingestion of livestock or animal formulations of ivermectin purchased at livestock supply centers.

In its corrected story, the AP reported that “2% of recent calls to the Mississippi Poison Control Center are about people ingesting ivermectin, with 70% of those calls being about livestock or animal formulations of the anti-parasite medicine purchased at livestock supply centers, Mississippi Department of Health officials said.”

Not that it mattered. The damage had already been done as several outlets picked up the AP’s initial false story.

Leftist outlets are well aware that such false reports are helping to achieve the objective of tarnishing what many scientists and physicians say is an effective treatment for Covid-19.

The narrative-spinners went to great lengths in an attempt to discredit Joe Rogan after the popular podcaster reported how ivermectin was a key part of his quick recovery from a Covid infection.

On a recent podcast, Rogan said he might have to sue CNN for the way the leftist network went after him for daring to take ivermectin that was prescribed by a doctor.

Rogan said he believes that ivermectin is getting a bad reputation from medical experts who are “pretending they don’t really work or they are conspiracy theories.”

“The grand conspiracy is that the pharmaceutical companies are in cahoots to try and make anybody who takes this stuff look crazy,” he said. “But what’s crazy is look how better I got [sic]! I got better pretty quick, b****.”

It is reporting such as what the Associated Press attempted to pass off that has American conservatives’ trust in media hitting all-time lows.

Leftists’ trust in media holds at about 78 percent, not surprising given that most of what are considered “mainstream” outlets lean heavily to the left and do not hide that fact.

The New York Post noted on Sept. 6: “Rolling Stone (yes, they are still publishing, who knew) ran a story saying that rural hospitals were flooded with people who overdosed on ivermectin, a horse dewormer being promoted as a COVID cure, to the point that gunshot victims were being turned away. Other outlets rushed to pick this up, because hey, look at these hicks! Turns out it wasn’t true, and the one person Rolling Stone quoted didn’t actually work at the hospital. But why let the facts get in the way of a good story — which we believe is Rolling Stone’s motto following its Duke gang-rape fantasy.

“Now, pundits will say this isn’t a big deal because using ivermectin isn’t a good idea. But by printing outrageous lies, Rolling Stone undermines its own cause. It makes it harder for medical professionals to build trust.”