Sanctions imposed on Iran by the Trump administration were so devastating that the mullahs in Teheran were unable to pay dues owed to the United Nations.

As a consequence, the world’s leading state sponsor of terrorism lost its voting rights at the UN. 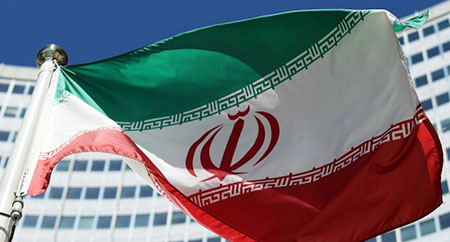 Was this not a victory for America over a brutal regime which continues to be at the top of the list of human rights abusers?

To Team Biden, it was not. Uncle Joe has stepped in and paid off Iran’s debt.

The decision was described by Claudia Rosett, The New York Sun’s UN correspondent, as “a staggering act of appeasement.”

Team Biden needs Iran to have a vote in the UN. It was through the UN that the Obama administration was able to procure its nuclear deal with Iran, which was overwhelmingly opposed by both houses of Congress. President Donald Trump withdrew the U.S. from the deal, but Biden wants to restore it and is looking for any way to appease Iran to do so, critics say.

Due to sanctions imposed by Trump, the ayatollahs were not able to come up with the funds to pay their UN dues. Earlier this month, UN Secretary General António Guterres issued a letter which listed the countries that were so far behind in their dues that, under Article 19 of the United Nations Charter, they couldn’t vote in the General Assembly.

Iran was the second worst deadbeat, after Venezuela.

It took less than two weeks for the Biden administration to arrange for $18 million of blocked Iranian funds to be released to the Iranians so they could pay their dues. South Korea, working with the U.S. Treasury Department, facilitated the release of the funds.

The irony, The Sun’s Rosett pointed out, is that somehow Iran has the funds to supply weapons to the Houthis, help out Hizbullah, and take part in joint naval maneuvers with Russia and China.

“We’ve been told for years that the point of sanctions on Iran is to get the regime to change its behavior. If so, South Korea and the Biden administration have just helped out Iran — without changing a thing,” The Sun noted.