Another day, another routine example of a big-brand, big-box media outlet not even batting an eye as it happily takes money from a powerful globalist activist organization that it covers in supposedly objective “journalism” accounts. 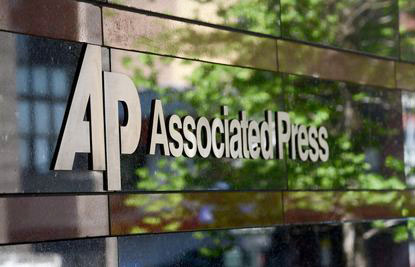 Peter Prengaman, a multiformat journalist and newsroom leader who has led coverage of major stories around the world, was named climate and environmental editor of The Associated Press on Wednesday. This new position will lead the news agency’s expanding coverage of climate issues as part of a major global initiative.

“Climate change is among the most important issues of our time,” said Julie Pace, AP’s executive editor and senior vice president. “Peter’s appointment will help put coverage of climate change at the center of AP’s global news report, with a focus on holding governments and powerful interests accountable, and exposing the inequities of climate change’s effects.”

Wait a minute. What’s this?

Prengaman’s position is one of two funded by the Rockefeller Foundation as part of the launch of AP’s climate initiative, a partnership with philanthropic foundations to enhance global understanding of climate change and its impact. The initiative includes positions in Africa and likely expansion of climate coverage in the Amazon, Asia and Europe.

“This initiative, with the help of the Rockefeller Foundation and others, will enable us to closely examine efforts to cope with climate change, both the problems it poses and its potential solutions,” said AP Deputy Managing Editor Sarah Nordgren. “We are thrilled to have Peter in this new post.”

So AP is being funded by the Rockefeller Foundation to help push a loaded “climate change” agenda?

Yes, it is. In fact, the Associated Press was awarded a crisp $750,000 two-year grant in June from the Foundation as part of the “climate coverage initiative.”

Remarkably, Rockefeller is transparently buying news coverage for an issue that it is particularly concerned with from a prominent media outfit.

How often does AP mention its Rockefeller funding when reporting on the organization’s doings? Judging by the following example… not at all. This is so dirty:

“As shown by.” Rockefeller is treating AP as if it were a pet monkey on a leash. And with good reason.

Here is an October AP article (almost four months after the June grant) “objectively” reporting: The Rockefeller Foundation saves the day in India!

Soon after the [coronavirus] pandemic broke out, India’s government, with funding from The Rockefeller Foundation, tasked the country’s most advanced bioscience innovation hub — the publicly funded Centre for Cellular and Molecular Platforms, or C-CAMP — with quickly finding a way to locally produce virus test kits….

Manisha Bhinge, managing director of Programs and Health Initiative at The Rockefeller Foundation, which pumped $3.5 million into the initiative, said she believes the increase in availability of COVID-19 tests allowed the country to implement a robust testing program that helped public health experts devise more effective policies to handle the virus outbreak.

This was especially important during the deadly second wave of infections in the country that peaked in May 2021 with more than 400,000 cases being detected each day.

There is zero mention anywhere that the internationally renowned wire service passing this along as hard news is significantly funded by the same group that it is effusively lavishing praise upon in an ostensibly straight news article.

This May 3 article pre-dates the six-figure Rockefeller grant by a few weeks but it certainly highlights just how cozy a relationship AP has with the Foundation.

Headline: “Insider Q&A: Ex-biodefense chief on stopping the next COVID.”

As head of the federal government’s biodefense agency [Rick] Bright was responsible for securing tests, protective gear, drugs and vaccines. But he was demoted from that post last April after repeatedly clashing with political appointees over the response effort. Bright alleged in a still-pending whistleblower lawsuit that he was sidelined for objecting to the use of the unproven malaria drug hydroxychloroquine to treat COVID-19 patients. The drug was later deemed ineffective and too risky by health regulators.

Q: How does your work with the non-profit Rockefeller Foundation fit into this?

Keep in mind, this is a “media organization” on the cusp of going directly on the Rockefeller payroll to the tune of $750K providing a global “news” platform to a Rockefeller executive so that he could proclaim that foundations like Rockefeller should be allowed to work hand-in-hand with governments on their health policies.

Having pocketed the Rockefeller money, AP is inserting climate change into its wire feed every chance it gets.

One brief example. Seabirds are dying from global warming! Again we must point out – no mention is made that a powerful moneyed organization championing this environmental framing is funding this kind of “journalism.”

Our dominant media outfits have been completely purchased by oligarchical elites pursuing a radical agenda. Amid all the money changing hands, something once called “journalism ethics” in a more quaint time isn’t even an afterthought anymore.

000, AP sells its code of journalism ethics to the Rockefeller Foundation for $750, Associated Press, WorldTribune.com