AOC refuses to accept $104,000 raised by conservative blogger to fix her abuela’s house

Is it possible to help a leftist without virtue signaling?

In the case of socialist Rep. Alexandria Ocasio-Cortez and her abuela, the answer, apparently, is no, it is not.

AOC took to Twitter on June 2 to complain that federal assistance from hurricane Maria had yet to get to Puerto Rico, where here grandmother’s house is in a state of disrepair. Ocasio-Cortez, of course, blamed Donald Trump for allegedly blocking funds that would fix the house.

The Daily Wire blogger, in just a matter of hours, raised more than $104,000 via GoFundMe to help repair the home of AOC’s grandmother.

“One cannot be certain of the cost to repair grandma’s house, but most of the work could be completed for the price of AOC’s shiny Tesla Model 3,” Walsh wrote.

Walsh said he would donate the money if AOC accepted it, though he later was told that the offer was rejected by “someone” in AOC’s family.

GoFundMe and Walsh confirmed on Saturday that the donations were rejected and that all donors would have their money refunded.

(Following is a synopsis of screenshots of the saga of AOC’s abuela’s house:) 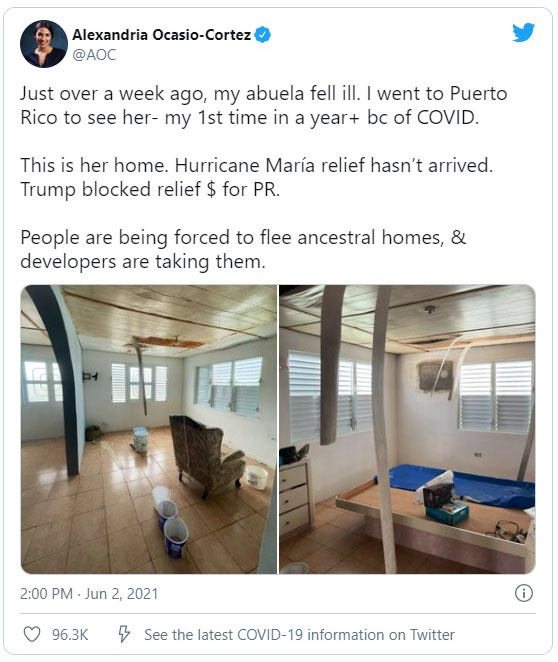 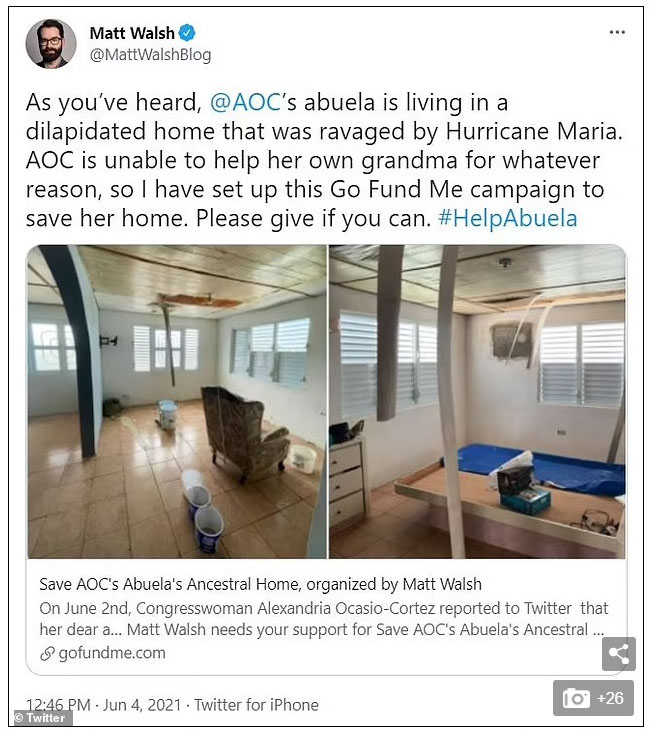 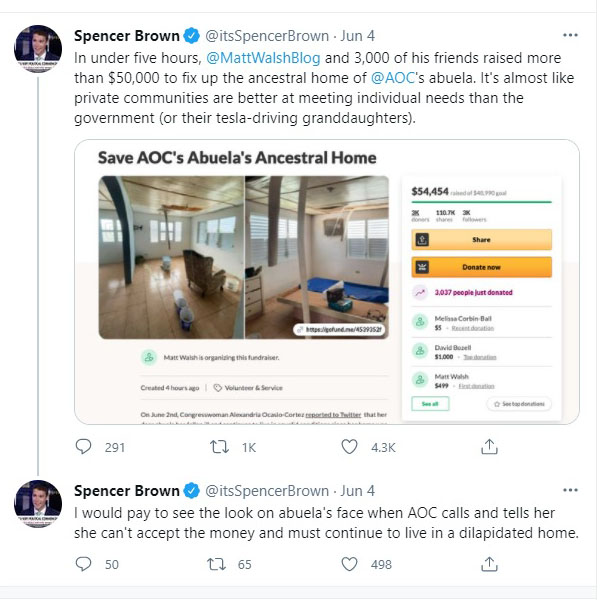 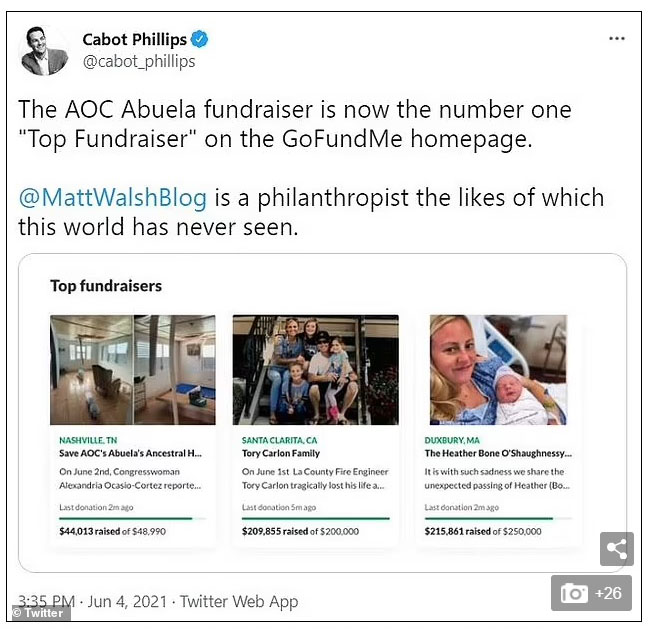