After helping create the environment for rising home heating costs, the leftists running the show in Boulder, Colorado have some advice for their shivering citizens: Turn down the thermostat and put on more layers of clothing. 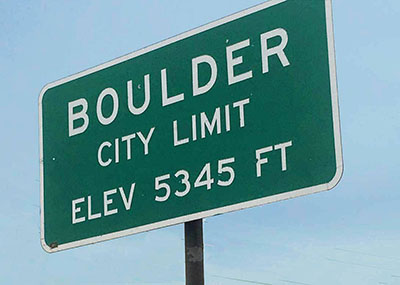 According to Boulder’s website, natural gas bills are expected to increase this year by 37 percent over last winter.

“It’s not just up to your furnace to keep you warm,” the Boulder website said. “Dressing in layers can keep you warm while relying less on your heat source.”

The average natural gas bill for Boulder residents is expected to increase to about $98 per month, not including electricity costs, city officials said, citing data from Xcel Energy,

What the website doesn’t say is Boulder’s anti-fracking activism and long-time hostility toward the gas and oil industry has contributed greatly to the higher costs, critics say.

“Boulder has blocked energy [development] at every turn, pushed statewide policies to ban fracking, and sued energy companies – now they are complaining about the high energy costs and supply challenges they helped create,” tweeted the Colorado Republican Party.

In 2018, the city and county of Boulder filed a lawsuit against ExxonMobil and Suncor seeking “damages related to climate change.”

Boulderites might want to suck it up and slap on some more layers of clothing as it was the voters themselves who approved an oil-and-gas pollution tax, also in 2018.

From 2013 to 2021, Boulder had a moratorium on fracking, “which was lifted last month as the city council enacted tough new regulations on the industry,” Washington Times reporter Valerie Richardson noted on Jan. 10.

Boulder also advised residents to take advantage of the sun by opening south-facing blinds; turn down the temperature on water heaters, and use cold water whenever possible.

“Cold water works just fine for washing most clothing,” the city said. “Running your dishwasher daily, instead of hand washing your dishes, can often save both energy and water.”

Anti-fracking Boulder educates citizens: Bundle up and don’t blame your furnace added by Editor Two on January 11, 2022
View all posts by Editor Two →