Analysis: Democrat wins in PA, MI highlight the strategy of going after ballots over votes

The “new normal” for Democrats is going after ballots in elections as opposed to the GOP strategy of going after votes, an analysis said.

In Tuesday’s midterms, Democrats lost where “votes were the focus” and won where “ballots were the focus,” Sundance wrote in a Nov. 9 analysis for the Conservative TreeHouse. 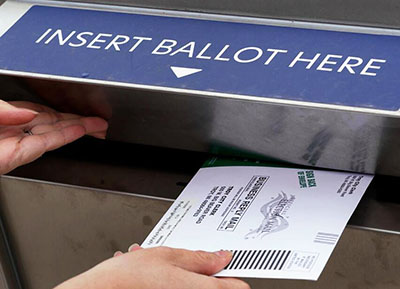 Two states in Tuesday’s midterm elections where the strategy of placing ballots ahead of votes paid off big time were Pennsylvania and Michigan.

“Whitmer and Fetterman were not campaigning for votes, that is old school. Instead, the machinery behind both candidates focused on the modern path. The Democrat machines in both states focused on ballot collection and ignored the irrelevant votes as cast.”

Since Democrats have all but perfected the use of mail-in and collection drop-off processes, “votes have become increasingly less valuable amid the organizers who wish to control election outcomes. As a direct and specific result, ballot collection has become the key to Democrat Party success,” the analysis said.

The system of ballot distribution and collection, the analysis continued, “is far more susceptible to control than the traditional system of votes cast at precincts. A vote cannot be cast by a person who is no longer alive, or no longer lives in the area. However, a ballot can be sent, completed and returned regardless of the status of the initially attributed and/or registered individual.”

Democrats honed the “ballots” strategy in the 2020 election “under the justification of COVID-19 mitigation. Ballot harvesting by Democrat operations was one term for the outcome,” the analysis said. “Democrat party officials and political activist groups knew how to exploit the opportunities within the new system of ballot distribution and collection, and when you combine that with a massive legal pressure campaign to accept any and all forms of ballots, well, you can see how they are dependent.”

Also inside the strategy of ballots over votes, the analysis continued, “you will find why refusing debates is a successful strategy. If you are trying to win votes you could never fathom campaign success by refusing to debate an opponent. However, if your focus is centered around ballot collection, the debate is essentially irrelevant.”

The analysis concluded: “Republicans are running around trying to convince people and win votes. Meanwhile, who needs voters? Democrats have skipped all of that old fashioned stuff and modified all of their electioneering systems to quietly and efficiently collect ballots. Yesterday you saw the outcome.”

Analysis: Democrat wins in PA, MI highlight the strategy of going after ballots over votes added by Editor Two on November 10, 2022
View all posts by Editor Two →