In explaining Bitcoin, an economics professor pulls a dollar bill out of his pocket and proclaims his dollar is backed by something while Bitcoin is not backed by anything.

By continuing to degrade, or outright ignore, Bitcoin as an economic system, academia is failing to fully prepare students for the economy of tomorrow, an analysis said. 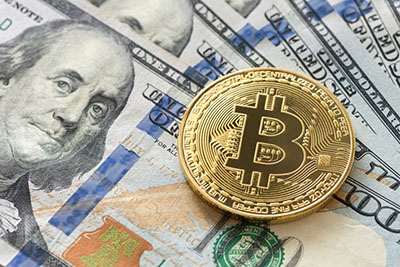 The fact is most American university professors are Keynesians “due in part to a revolving door between academia and the IMF, World Bank, World Economic Forum (WEF), the Federal Reserve and more,” Hannah Wolfman-Jones wrote for Bitcoin Magazine on March 30.

“Universities and professors are also financially incentivized through grants and financial support to promulgate economic theories in favor of more government control. Economics departments enforce group-think by selectively hiring professors who are less likely to dispute their fiat economic theories,” the analysis said.

It is common on today’s college campuses for students, professors and staff “to shut down, defame, threaten and sometimes even be violent towards people expressing opinions deemed too offensive,” Wolfman-Jones wrote. “Often under the banner of ‘saving lives’ or ‘social justice’ or (most ironically) ‘protecting democracy,’ speakers and opinions get barred from campuses. It is rare for a university president to stand up to a woke mob. Bitcoiners in particular are prone to run afoul of the ever-changing woke pieties so rigorously enforced.”

Many of the foremost Bitcoin educators/experts “are repressed in academia to varying degrees of severity,” the analysis continued. “This leads to a systemic exclusion from academia of those who understand and value Bitcoin. The result, unsurprisingly, is widespread ignorance on all matters Bitcoin among the professoriate tasked with teaching students about the economy, human rights, geopolitics and the world.”

Woflman-Jones noted that there is a glimmer of hope in the Heterodox Academy, a nonpartisan organization of university professors, administrators, students and staff “committed to enhancing the quality of research and education by promoting open inquiry, viewpoint diversity and constructive disagreement in institutions of higher learning.”

Unfortunately, Wolfman-Jones wrote, “it appears the Heterodox Academy membership — sizable as it may be at 5,000+ — are the decided minority in academia in caring about open discussions these days. They have their work cut out for them in breaking up the pervasive ideological conformity sweeping academia and subverting the rigor of study in subjects from math to public policy to medicine.”