America is essentially the only major power standing up to China’s 5G expansion.

The Trump administration has campaigned fiercely to dissuade its allies against the use of Huawei, which it rightfully accuses of being an extension of the Chinese Communist Party (CCP) that will operate under a banner of cheap 5G infrastructure while helping Beijing spy and collect data on the world. 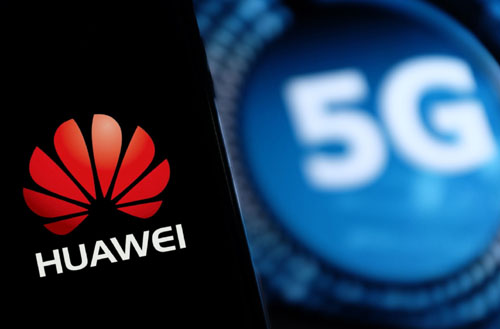 These warnings have unfortunately fallen on deaf ears as our European allies naively continue to pursue 5G with the help of Huawei. The U.S. takes this so seriously it has advised it may significantly reduce intelligence sharing and security partnerships with close allies and NATO nations that are too cavalier with their national security and choose to use Huawei.

5G has massive implications for the Internet of things; smart homes and factories; artificial intelligence; healthcare; wearable technology; autonomous vehicles; power grids; and essentially anything that either is or will be connected to the Internet and is part of smart infrastructure. It should be clear that this imperative technology should be deployed with networks from allied, democratic, free market, non-communist states.

Huawei consistently denies conducting espionage on behalf of Beijing. Even if this claim was entirely true, the Chinese military has the ability to commandeer any technology from companies that operate within its borders at will, including Huawei’s. Countries that use Huawei are inviting the CCP into some of the most critical infrastructure in their nation.

You might be curious why Europe would even bother with Huawei, since it is such a controversial choice for a crucial technology. The answer: price. Huawei is able to undercut competitors on costs thanks to state subsidization. The CCP has provided almost $100 billion, possibly more, in financial aid to Huawei to aid its growth. This should provide much concern for ulterior motives. The Wuhan coronavirus, a Chinese export, has crippled the world’s economies, making Huawei’s subsidized pricing that much more appealing.

China has of course threatened retaliation for daring to deny the reality of Huawei’s compromised integrity. Beijing has said it will reduce imports, among other financial measures, for nations that understand this threat for what it is and eschew their state-sponsored technology.

U.S. allies are at an inflection point and must ask themselves if cost cutting is all they care about, or if a secure, unified front against the greatest economic and political predator that exists today is more important.

Sadly, European allies have prioritized economic gain and Chinese placation. They don’t deny a threat present with Huawei use, but they disregard it as manageable, claiming they have cybersecurity measures in place to mitigate security issues and spying.

The naivete displayed by our European allies working with Huawei is astounding. There is an undeniable cold war between the West (led by the U.S.) and China. So far, it has been largely economic in nature as the U.S. directly confronts Chinese mercantilism with Trump-styled trade tactics.

5G represents the next front in this war. The U.S.’s technological advantage is crucial to maintaining its economic and military hegemony and global influence. Losing this high ground will materially disadvantage the U.S. and its allies.

A world where China is the premier economic and military power will be a blight on free societies and Western values as Beijing’s illiberalism and heavy-handed authoritarianism will only be further emboldened. It is tragic to see our allies opt for coupon cutting over the security of their citizens.