Alarmed email to top FBI official: Agents in field offices did not see Jan. 6 as act of terrorism

In an email from Jan. 13, 2021, an agent who may or may not still be with the FBI expresses outrage that a “sizeable percentage” of employees in bureau field offices did not view the Jan. 6 protesters as an “insurgent mob.” 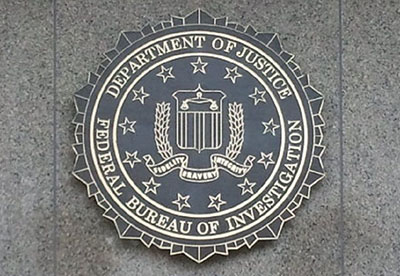 The email sent to FBI Deputy Director Paul M. Abbate is included in a trove of documents released by the bureau this week.

The sender’s name is redacted. The documents indicate the message came from an email address outside the FBI, though the subject line is “Internal concerns.” Some speculated the email’s author is now an ex-agent.

The email informs Abbate that a number of field office employees saw “no difference” between what occurred at the U.S. Capitol on Jan. 6, 2021 and the Black Lives Matter protests in the summer of 2020:

There’s no good way to say it, so I’ll just be direct: from my first-hand and second-hand information from conversations since January 6 there there is, at best, a sizable percentage of the employee population that felt sympathetic to the group that stormed the Capitol, and said it was no different than the BLM protests of last summer.

Some observers noted that the email is indicative of just how politicized the upper echelon of the FBI has become as the email’s author goes on to describe field offices in “blue states,” “red states,” and “purple states.”

The email’s author said it had to be explained to field offices that Jan. 6 was the result of an “organized group of domestic terrorists” while the 2020 BLM protests were essentially hijacked by a “smattering of criminals.”

The email goes on to cite media reports as saying at least one FBI agent was under investigation for participating in the Jan. 6 “siege.”

Leftist media interpreted the email as a warning that those who fall under their favorite buzz words — “insurrectionists” and “election deniers” — may be working in these FBI field offices and quoted analysts complaining of the FBI’s bias in primarily targeting leftist organizations.

USA Today: As FBI probed Jan. 6, many agents sympathized with insurrection, according to newly released email

NBC News: FBI official was warned after Jan. 6 that some in the bureau were ‘sympathetic’ to the Capitol rioters

The email also mentions how one “squad” had its television tuned to Newsmax’s reporting on the events of Jan. 6.

Newsmax noted in an Oct. 14 report: “The email to Abbate doesn’t reference how a number of police officers willingly moved the barriers on Jan. 6, 2021, and opened doors for rallygoers to enter the Capitol building. And as Newsmax chronicled in September 2021, the FBI hasn’t subsequently released much information on the suspect who apparently planted pipe bombs near the Republican and Democrat party headquarters on Capitol Hill — the night before the Jan. 6 rally.”

Following is a copy of a portion of the email exchange. 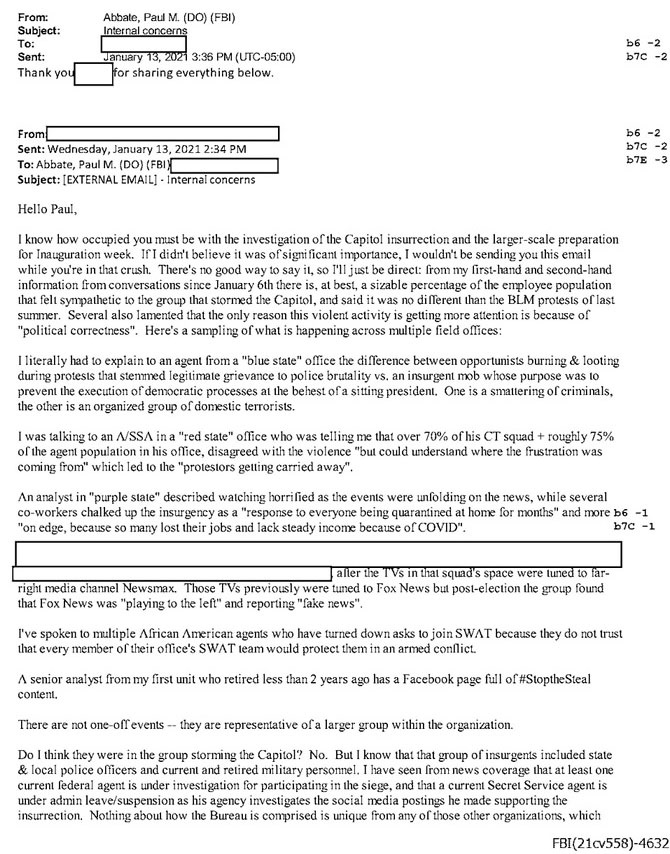 Alarmed email to top FBI official: Agents in field offices did not see Jan. 6 as act of terrorism added by Editor Two on October 16, 2022
View all posts by Editor Two →