Democrats were intent on stealing Texas much in the way they did Georgia, and may have pulled it off had it not been for the Republican-led Texas state government filing, and winning, lawsuits to stop them, Texas Attorney General Ken Paxton said in a Fox News interview on May 2.

Observers noted that while Democrats cheating in elections is nothing new, it was quite surprising to see Fox News broach the “taboo” subject of election fraud.

Maria Bartiromo, host of Sunday Morning Futures, asked Paxton: Let me switch subjects and ask you about election integrity. This is a subject that is taboo. We’re not allowed to question the 2020 election. We’re not allowed to question what is going on in Arizona or in Georgia. What do you say to what is going on in Georgia and how Texas is similar to that situation? I mean around election 2020.”

Paxton responded: “Yeah, so if you look at election results from 4 years ago, Georgia and Texas were very similar. We fought off 12 lawsuits. We were sued 12 times over mail-in ballots. It was Harris County, it was Travis County, these big urban counties that wanted to mail out all of these ballots in violation of state law. Clearly what was not allowed by the state legislature. So, they did not want signature verification. We were told by a federal judge that this was unconstitutional. So we had… lawsuits… we won every one of them.

“Had we not won every single one of those lawsuits, I’m convinced that those ballots would have gone out and we would have been just like Georgia who decided to capitulate and sign consent decrees and say ‘it’s OK. We’re going to let these mail-in ballots go out. We’re going to allow no signature verification. We’re going to allow drop boxes.’ All of those things had an impact and instead of Georgia and Texas having similar results this time because we defended those lawsuits, Trump won. We’re able to have a Republican legislature here and Georgia was completely turned.”

Bartiromo asked: “So are you saying that because of what we saw with mail-in ballots in Georgia, we’re questioning the results?”

Paxton replied: “I absolutely question. I know what happened here. They would have stopped counting just like they did in those states and they would have been counting mail-in ballots until the right number of votes and suddenly Trump loses and we lose the state House here… And it wouldn’t have been a legitimate count because we wouldn’t have followed state law.” 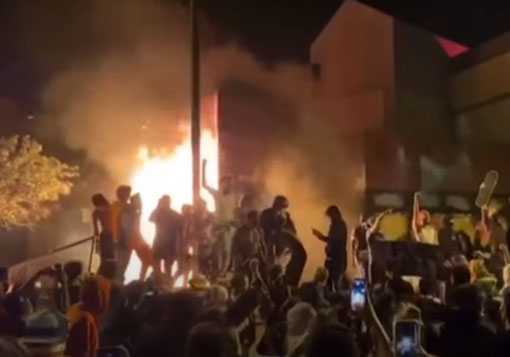