Democrats and the corporate media have not allowed facts to get in the way of their mass shootings narrative, reports and pundits say.

“Seven times this year, a gunman has opened fire in a U.S. public place, killing at least three people. One shooter is suspected of being a white supremacist. One was an Elizabeth Warren supporter. And two were black,” Valerie Richardson noted in an Aug. 5 report for The Washington Times. 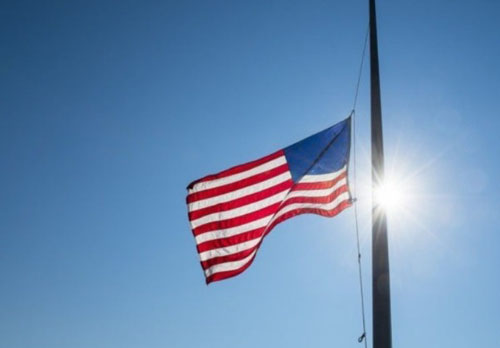 “Yet fears over rising white nationalist attacks after the El Paso massacre threaten to obscure what studies describe as the big picture about mass killings: that they represent a small fraction of annual gun deaths, that they are not surging, and that about half are committed by whites, not a share out of line with the general U.S. populace.”

Sen. Cory Booker of New Jersey, who is struggling to gain traction in his bid for the Democratic presidential nomination, said on CNN that President Donald Trump “is responsible because he is stoking fears and hatred and bigotry.”

Other Democrats and their media followers echoed Booker’s sentiment.

Former President Barack Obama said on Aug. 5 that “racist sentiments” coming from some U.S. leaders have fueled the climate that led to the shootings and said the country must take steps to rein in “white nationalist websites that proliferate on the Internet.”

He also called for steps to combat “troubled individuals who embrace racist ideologies” and compared white nationalist criminals to followers of the Islamic State, saying the Internet is radicalizing people and spurring them to violent outbursts.

“All of us have to send a clarion call and behave with the values of tolerance and diversity that should be the hallmark of our democracy,” Obama said, specifically criticizing “leaders who demonize those who don’t look like us, or suggest that other people, including immigrants, threaten our way of life.”

Fox News host Tucker Carlson on Aug. 5 charged that the “power hungry morons” were leveraging the shootings “for political gain,” adding that politicians blame Trump for the mass shooting while ignoring the real crisis of the alienation of America’s young men.

“The Dayton, Ohio, murderer of nine people self-described as a ‘leftist,’ wrote that he would ‘happily’ cast a ballot for Elizabeth Warren, and tweeted, ‘Hail Satan.’ He explained, ‘I want socialism, and [I]’ll not wait for the idiots to finally come round to understanding.’ ”

Flynn continued: “Will El-Fakir, an ex-friend of the Dayton shooter, describes him as ironically against the Second Amendment (one of those do-as-I-say types, evidently). He was ‘definitely not a right-leaning person,’ El-Fakir, who stopped hanging out with the shooter first over his drug use and years later over his holding a gun near his head, explained. ‘His political views definitely leaned to the left. And believe it or not, he was actually pro-gun control. He was actually anti-2nd Amendment.’ El-Fakir speculates that the murderer possibly unleashed violence as a way of showing the ease of perpetrating such mass-shootings.”

Richardson’s report for The Washington Times cited a May 2018 policy brief by the Rockefeller Institute of Government at the State University of New York which looked at any incident that resulted in deaths or injuries and excluded gang violence or terrorist activity. It found that the perception that whites are responsible for nearly all mass shootings is a myth.

“Despite common misperceptions that all mass shooters are white, the findings indicate that while a majority are, this proportion is just over half of the perpetrators (53.9 percent),” said the study, noting that almost all were men. “More than one in four shooters is black and nearly one in ten is of Hispanic descent.”

Amy Swearer, senior legal policy analyst at The Heritage Foundation, said about two-thirds of shooters are found to have serious mental problems but that the media coverage has focused on those with an ideological bent such as racism or nativism.

Richardson noted: “At the same time, the uproar over white nationalism has shifted the focus from what some researchers describe as the biggest drivers of mass shootings, including family breakdown, childhood trauma, mental illness, workplace crises, access to weapons and a fascination with previous shooters glorified in the media.”


Warren Farrell, author of “The Boy Crisis,” said boys with minimal or no father involvement, or with “really messed-up families,” represent the vast majority of mass shooters, Islamic State recruits and the male prison population.

In a 2017 report in the Journal of Interpersonal Violence, Northeastern University researcher Emma E. Fridel broke down mass killers — those who killed at least four people — by race and into three categories: family, felony and public.

The shootings are sparked in large part by the erosion of God and family in the United States and are “our cultural fault,” Mike Huckabee said on Aug. 5.

“And part of what we have done, we’ve created a culture in which we said there is no God and human life isn’t really worth that much, and life is expendable, and there are lives that are disposable,” the former Arkansas governor said in an interview on Fox News.

“And when a young man believes his life is disposable and expendable, he thinks the lives around him are, too. So why are we so shocked that he would be taking mass killings as his avenue of expressing his rage?”

Huckabee said in the interview with Fox News host Martha MacCallum that the reasons behind the nation’s mass shootings are ultimately spiritual.

Following an interview with Warren Farrell, whose book The Boy Crisis explains the negative social effects of absentee fathers, MacCallum introduced Huckabee by asking her audience to consider the fallout of collapsing “mediating institutions” such as “churches, Rotary Clubs, Girl and Boy Scouts.”

Huckabee agreed that such institutions are indeed “going extinct,” for which reason “kids are not growing up.” He reiterated Farrell’s assessment that the collapse of the family has been culturally catastrophic.

“There are so many boys who are growing up who are lost, they’re lonely, they feel a sense of rage because perhaps their fathers have left them,” Huckabee said. “They’d love to identify with their fathers but they can’t because their father has disappeared, and they take it personally. They feel like maybe they did something wrong.”

Huckabee, who is also an ordained Southern Baptist minister, added: “Those of us who would try to say, ‘Well, look for spiritual answers.’ How can you tell a young man that God wants to be your father if his image of a father is someone who abandoned him or beat up his mother? This is why we have to rethink, but recognize at the same time, that ultimately the hole in the human heart can never be filled just by human things. It has to be filled ultimately by spiritual things that give people a higher sense of who they are, what their identity is, and why they matter.”

Huckabee seemingly dismissed Clinton’s explanation and denounced the urge to politicize mass shootings and blame them on President Donald Trump.

Referencing earlier shootings in the nation’s history, Huckabee said: “I don’t remember anybody blaming Bill Clinton, her husband, or Barack Obama. We had mass shootings when they were presidents. It is not a president’s fault, whether it’s Trump, Obama, or George W. Bush.”