The A&E Network had itself a bona fide hit in the Live PD reality show which featured camera crews following police on their rounds in locations all over the country. 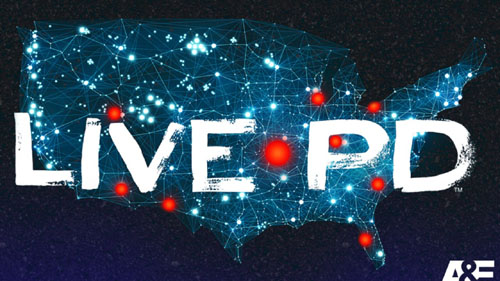 But when the woke outrage mob demanded that positive or sympathetic portrayals of police should not be allowed on television, A&E caved. Live PD was canceled on June 10.

After the cancellation of Live PD, the A&E Network lost half of its audience.

“Live PD offered something that could not be allowed to survive because it showed a) that cops are decent human beings; b) at times offered how hard this job can be in certain situations. Remember, there can be no nuance with the far left. The show ran against the narrative that cops were all quasi-Nazis, so the network axed it,” Townhall.com columnist Matt Vespa noted on July 25.

According to Nielsen data, average prime-time viewership for A&E between June 11 and July 19 was 498,000 people, down 49 percent from the same period last year. In that time, the A&E Network lost 55 percent of its audience in the coveted 18-49 age bracket.

Live PD, which followed police on their rounds in multiple cities simultaneously, averaged about 1.9 million viewers for its Friday and Saturday night episodes, which were also repeatedly re-aired on other days.

Live PD spawned several successful spinoff shows, which, of course, were also canceled in capitulation to the woke mob.

“Catering to the ‘woke’ legions on Twitter is a horrible business model and A&E might have discovered that in brutal fashion. Going ‘woke’ seems to be a path to going broke,” Vespa noted.

Also bending to the will of the woke mob was the Paramount Network, which canceled the long-running and very popular “Cops,” another police reality show which followed officers on their rounds.

There are even calls from the cancel culture movement to end “Paw Patrol”, one of the most popular kids cartoons. The show about six pups includes Chase, a German Shepherd police dog.