The Trump administration announced on June 5 that it is ending the use of human fetal tissue in medical research by government scientists.

“Promoting the dignity of human life from conception to natural death is one of the very top priorities of President Trump’s administration,” the Department of Health and Human Services (HHS) said in a statement announcing the new policy. 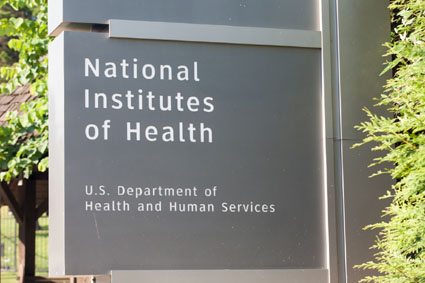 As recently as December 2018, National Institutes of Health (NIH) Director Francis Collins had said he believed there was “strong evidence that scientific benefits come from fetal tissue research.”

A senior administration official said the decision announced on June 5 was President Donald Trump’s call and not Collins’.

In September 2018, HHS reported that it terminated a contract between Advanced Bioscience Resources, Inc. and the Food and Drug Administration that provided human fetal tissue from elective abortions to develop testing protocols.

“The Department was not sufficiently assured that contract included the appropriate protections applicable to fetal tissue research or met all other procurement requirements, “HHS said.

As a result, HHS also initiated a comprehensive review of all agency research involving human fetal tissue from elective abortions to “ensure consistency with statutes and regulations governing such research, and to ensure the adequacy of procedures and oversight of this research in light of the serious regulatory, moral, and ethical considerations involved.”

The audit and review helped inform the policy process that led to the decision to let the contract with UCSF expire and to discontinue intramural research – research conducted within the National Institutes of Health (NIH) – involving the use of human fetal tissue from elective abortion. Intramural research that requires new acquisition of fetal tissue from elective abortions will not be conducted, HHS said.

The Health and Human Services Department said in a statement that government-funded research by universities that involves fetal tissue can continue, subject to additional scrutiny.

No university-led programs will be affected for the time being, the administration said. New projects that propose to use fetal tissue and current projects up for renewal will be subject to additional reviews.

Kristan Hawkins, president of Students for Life of America, said in a statement that the administration has “once again done the right thing in restoring a culture of life to our government.”