As part of heightened awareness on the borders in the U.S.’s fight against the coronavirus, Customs and Border Protection (CBP) officials said they have since January caught 328 Chinese who had attempted to cross the Mexico border into the United States. 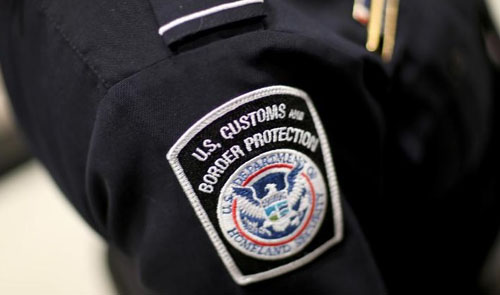 The Chinese citizens were “apprehended” and sent back across the border or repatriated consistent with existing policy and procedure, CBP officials told Washington Examiner columnist Paul Bedard. Another three individuals from South Korea, where the cornavirus is also spreading, were also apprehended at the border.

Some 227 foreign nationals from other nations who tried to enter through legal border points from Feb. 2 through March 3 have been turned away due to the travel restriction ordered by President Donald Trump and implemented by the Department of Homeland Security (DHS), officials said.

The White House previously announced travel restrictions for China, saying the U.S. would keep out any foreign national who’s been in China within 14 days.

“Senior administration officials said that the president’s three-year focus on the border, the new wall, and the policy of keeping illegal immigrants in Mexico while awaiting permission to enter the U.S., have gone a long way to keep the virus away, especially at the southern border,” Bedard wrote.

DHS acting Deputy Secretary Ken Cuccinelli said, “The department’s top priority is the safety of the American people, and President Trump has directed an aggressive, coordinated interagency response to fulfill that mission.”

Cuccinelli told Bedard: “The American people can be assured that we’re doing everything we can to protect our homeland. While the general risk to the American public remains low, DHS has mobilized a department-wide response to keep Americans safe, secure, and informed. Fortunately, we were able to engage DHS assistance early to prevent the spread of this virus in the U.S. We remain locked arm-in-arm with our interagency partners, HHS and CDC health professionals, and state and local officials acting as one to safeguard the health and safety of the American people.”

Acting Homeland Security Secretary Chad Wolf on Tuesday raised concerns about a court challenge to the Migrant Protection Protocols (MPP) policy of keeping migrants in Mexico, where the coronavirus has also landed.

“MPP has an uncertain future. We know from experience that the journey to the U.S. border puts migrants in poor conditions — and they often arrive with no passports, medical histories, or travel manifests. The administration will continue to closely monitor the virus globally, as well as in our hemisphere, and will adjust our proactive measures as necessary,” Wolf said.

Added a senior administration official: “We have a unique public health threat posed by individuals arriving unlawfully at the border. Any halting of MPP would exacerbate that threat.”