Wake County Schools in North Carolina has proposed giving students the day off on the Muslim holiday of Eid al-Fitr.

Eid al-Fitr, a three-day holiday marking the end of Ramadan, may be recognized as a teacher work day in Wake County Schools’ traditional calendar for 2020-21, the Raleigh News & Observer reported on Nov. 1. 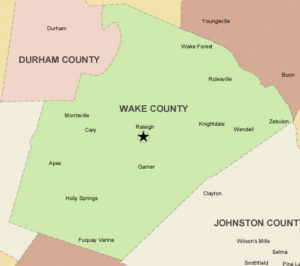 Wake is the second largest county in North Carolina.

About 11 of every 1,000 residents in Wake County are Muslim, according to the Association of Religion Data Archives, based on data collected by the 2010 U.S. Religion Census.

A Wake County committee made up of teachers, parents and administrators came to a consensus to put the first day of Eid al-Fitr, which in 2021 may fall on May 13, as a teacher work day, the report said.

“I can confidently say that in the past decade, it has not been part of the calendar committee discussion, but the school system has made the effort to have that voice at the table,” Wake schools spokeswoman Lisa Luten said. “We were excited that voice was at the table today because it’s important our calendar is a reflection of our community.”

Mariya Shaikh, a parent and advocate for Wake County students not to have class on Islam’s most important holidays, told the News & Observer that “I consider it as a huge step forward. But of course the actual victory will be when the board approves.”

Shaikh is also the author of a petition that is asking the Wake school system to consider honoring Eid al-Fitr and Eid al-Adha in Wake County’s academic calendars for 2020-21, the report said. Eid al-Adha, also a three-day holiday, commemorates the Prophet Ibrahim’s (known as Abraham to Christians and Jews) willingness to sacrifice his son.

The drafts for Wake County Schools’ traditional, year-round and modified calendars will be presented to the full Board of Education in February or March, the report said.