After 108 years in existence as an organization for boys, the Boy Scouts announced last week it will change its name to reflect its decision to allow girls to join. 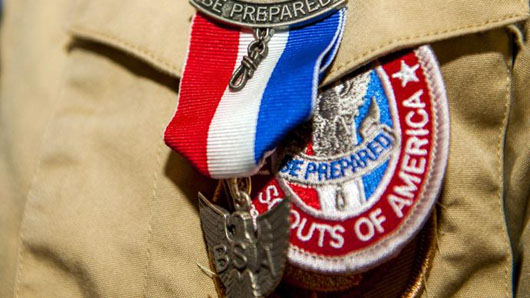 Effective next February, the Boy Scouts of America flagship program will be called Scouts BSA.

“We wanted to land on something that evokes the past but also conveys the inclusive nature of the program going forward,” Chief Scout Executive Mike Surbaugh said. “We’re trying to find the right way to say we’re here for both young men and young women.”

The Scouts said the program will have separate units for boys and girls, which Surbaugh said should alleviate concerns that girls joining the new program might be at a disadvantage in seeking leadership roles.

Conservative commentator Ben Shapiro tweeted: “There’s something deeply sad about a society that presses for the Boy Scouts to stop being the Boy Scouts. And there is something hilarious about the Girl Scouts now complaining that the no-longer Boy Scouts will accept girls.”

The name-change announcement received little coverage from the major media, which had blanket coverage after the Left went into a frenzy over President Donald Trump’s speech to the Boy Scout Jamboree 10 months ago.

After Trump’s speech, Surbaugh said: “I want to extend my sincere apologies to those in our Scouting family who were offended by the political rhetoric that was inserted into the jamboree. That was never our intent. … We sincerely regret that politics were inserted into the Scouting program.”

Parent Rob McLaughlin said: “I’ll be pulling my son out of Boy Scouts after this disgusting episode, wouldn’t want him to attend another Trump rally at a jamboree.”

Trump’s comments at the jamboree included:

“Tonight, we put aside all of the policy fights in Washington, D.C., you’ve been hearing with the fake news and all of that. We’re going to put that aside.”

“I said, ‘Who the hell wants to speak about politics when I’m in front of the Boy Scouts.’ ”

“By the way, just a question,” Trump asked. “Did President Obama ever come to a Jamboree?”

“Boy Scout values are American values,” Trump continued. “And great Boy Scouts become great, great Americans. As the Scout law says, a Scout is trustworthy, loyal – we could use some more loyalty I can tell you that.”

The jamboree has been held every four years since 1910. Trump was the eighth president to attend, following George W. Bush’s appearance in 2005.

Obama delivered a video address to the event for the organization’s 100th anniversary in 2010.

The Scouts’ parent organization will remain the Boy Scouts of America, and the Cub Scouts – its program for 7- to 10-year-olds – will keep its title as well.

The organization has already started admitting girls into the Cub Scouts, and Scouts BSA begins accepting girls next year.

The Boy Scouts say current youth participation is about 2.3 million, down from 2.6 million in 2013 and more than 4 million in peak years of the past.

The Girl Scouts, who said they were blindsided by the Boy Scouts’ move, say they have about 1.76 million girls and more than 780,000 adult members, down from just over 2 million youth members and about 800,000 adult members in 2014.

Trump’s speech to the jamboree can be viewed here