A shift in thinking in the manufacturing of medicines and high tech products is taking place as the United States has for too long been burned by China’s predatory surveillance, intellectual property theft and pricing, a report said.

New manufacturing approaches are being looked at as the U.S. and its allies are rethinking their over engagement in China, Robbin Laird and Ed Timperlake wrote in an Aug. 2 analysis for Second Line of Defense. 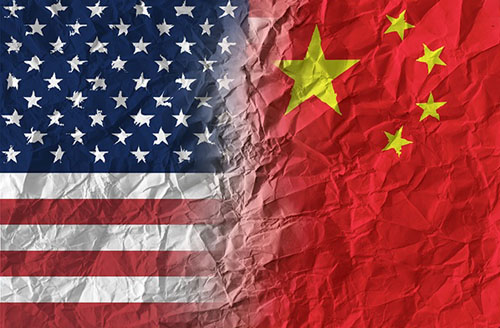 “In effect, what the U.S. and the allies have experienced is what one might called distorted globalization driven by the Chinese and supported by industrial strategies which assume that lower price global sourcing is the goal, rather than taking into account that the world is not just one big happy marketplace, but is an arena where great powers compete with economic as well as military instruments,” Laird and Timperlake wrote.

The report cited world trade analyst Dr. Harald Malmgren, who said: “Much new industrial thinking is under way how the next phase of manufacturing should be structured. In this process of reconfiguration U.S. officials are advising companies to seek complex products with high information technology components that have no Chinese content…the economic cold war with China is sparking an entirely new kind of surge in demand for ‘zero Chinese content.’ ”

Malmgren, the report said, has highlighted in his recent work on advanced manufacturing that new technologies allow for much shorter supply chains to generate core capabilities, rather than having to have very long global supply chains.

China has long undercut Western producers on price “as a deliberate strategy for global domination,” the report said.

But China can’t do it by itself, said Rosemary Gibson, author of “China Rx: Exposing the Risks of America’s Dependence on China for Medicine”.

“It’s not just China,” Gibson said. “We have to look in the mirror and understand how is it that we’ve lost our industrial base. Companies here in the U.S., Fortune 100 companies, have been sourcing medicines from Chinese manufacturers to increase their margins and profitability.”

Gibson, who testified on July 31 before the U.S. China Commission, and the United States needs a serious rethink in terms of supply in the pharmaceutical industry, where China follows the playbook of predatory trade practices common in other strategic industries.

This is especially true with regard to generic drugs which are 90 percent of the medicines Americans take, Gibson said.

“We have considered aircraft carriers and nuclear submarines as off limits to outsourcing. And we pay more for that because we can understand that that’s essential to our security. The same thinking needs to be applied to generic antibiotics and other medicines essential for life,” Gibson said.

Gibson said that while the issue of drug manufacturing and supplies is obviously a critical national security issue it is not dealt with as such.

In an interview with Laird and Timperlake prior to her congressional testimony, Gibson recommended a whole of government review to assess vulnerabilities in the industrial base and recommend options to strengthen it, broadly similar to what the Department of Defense is doing with regard to the defense industrial base.

“It’s no one’s job in the U.S. federal government to know who controls the supply of our medicines,” Gibson said. That needs to change, she said.

“We need to consider our medicines as a strategic asset, as we do for oil and other energy supplies and food commodities,” Gibson said, adding that new approaches are able to generate significant stockpiles of the core ingredients regarded for core generic drugs.

In their interview with Gibson, Laird and Timperlake also discussed how the African swine fever epidemic is devastating China’s pig population.

“It turns out that pig intestines are the source of a raw material for a medicine, heparin, a blood thinner, that is used ubiquitously in hospitals — and China is the source of 80 percent of the global supply,” the report said. “Without this medicine, hospitals would cease to function.”

Thus, pig intestines can be considered the “rare earths” of medical care, the report said.