Wisconsin’s review of the 2020 election should be expanded into a “full forensic audit,” Republican state Rep. Timothy Ramthun said.

Following reports of irregularities on a massive scale in Arizona and Georgia, Ramthun on Friday requested “a more comprehensive audit” from former state Supreme Court Justice Michael Gableman, who is leading a review of the election, The Epoch Times reported on July 17. 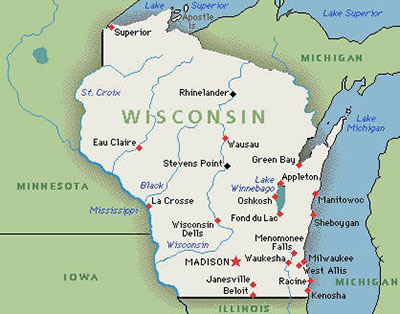 The focus of the Wisconsin audit, Ramthun said, would be on Milwaukee, Dane, Kenosha, Racine, and Brown counties. Those counties reportedly saw most of the state’s “Zuckerbucks,” funds that were sent out by the Mark Zuckerberg-funded Center for Tech and Civic Life to allegedly “bolster democracy during the pandemic.”

“In order to preserve our God-given rights and ensure that citizens can have confidence in the integrity of our elections, I am requesting it be added to the scope of the Wisconsin audit to” inspect paper mail-in ballots in Wisconsin’s 5th Congressional District, review the digital files of ballots to make sure no double-scanning occurred, and thoroughly examine cybersecurity aspects of election equipment to make sure no tampering took place.

In Arizona, auditors conducting a forensic audit of Maricopa County’s ballots said during a hearing on Thursday that they uncovered major concerns about some 100,000 ballots.

Rathmun said lawmakers in Wisconsin should acknowledge the evidence put forth in Arizona and Georgia and said an audit is needed to support claims from Wisconsin officials that the November election was run securely.