The June 23 UK referendum on whether Great Britain should remain in or leave the European Union (EU) is seen by most pollsters as too close to call.

The British media, predictably, view the outcome through the lens of the far-reaching implications for British political, security and economic interests. A vote to leave the EU would have lasting consequences for Britain’s relationship with the continent. 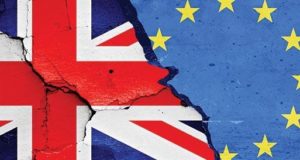 Much less attention has been focused on what a British decision to leave the European Union would mean for the future of Europe. There are reasons to believe the consequences would be profound.

The creation of the EU is a reaction to a continent that endured two catastrophic wars in the twentieth century.

Although seldom stated explicitly, the galvanizing rationale for creation of the EU was that the best way to contain Germany, complicit in the outbreak of both world wars, would be through the creation of a supranational organization which would operate through consensus and the accompanying creation of a class of unelected bureaucrats beholden to the organization and not any nation.

In essence, the Europeans have traded much of their national sovereignty for security on the continent.

While those gains were widely applauded in Europe, in the past few years events have begun to unravel the continent’s unity and sow discord among some of the EU’s 28 members.

Greece’s debt problems have spilled into the continent, leading Germany and others to propose draconian austerity measures that created bitterness in Greece.

Italy has resented what it claims is the EU’s indifference to the thousands of migrants who have attempted to enter Italy from Libya.

The migrant problem has spilled into other European nations, creating tensions in nations opposed to German Chancellor Angela Merkel’s willingness to allow hundreds of thousands of mostly undocumented Middle Eastern refuges into Germany.

Germany has no strategic plan to assimilate them into its society and earlier this year migrant groups carried out attacks in Cologne and elsewhere, mostly against German women.

Nations such as France are painfully aware that within the migrant community there are likely to be jihadists intent on sneaking into Europe and carrying out terrorist attacks.

Merkel’s “humanitarian” gesture has underscored the broader problem of the EU’s policy through the Schengen Agreement of open borders and free passage of individuals across national lines, openness exploited by those who carried out attacks in Paris and Brussels.

The loss of national sovereignty, including reduced control over borders, is cited by those favoring Britain’s leaving the EU as a major justification for doing so.

Europeans have taken notice and in the wake of the terrorist attacks on the continent there is a growing dissatisfaction with the EU’s security policies and controls on the movement of people.

A Pew Research poll taken this spring shows a slight majority of those in Europe still view the EU favorably. Nonetheless, some members no longer see the EU as the best guarantor of their national security.

For EU supporters the fear is that should the British, one of the EU’s most important members, vote to leave, it could trigger a cascade of other members also intent on leaving.

That fear may be overstated — no EU member is threatening to do so — but the political dynamics could change with a UK vote to leave.

That worry speaks to the fragile nature of the EU and the underlying reason the EU certainly wants the UK public to vote “Remain.”

Why the Brexit vote is as much a watershed for the EU as for the British, WorldTribune.com