After Dominion Voting Systems threatened legal action, Newsmax, Fox and other “alternative media” backed down on that important dimension of the 2020 election story. 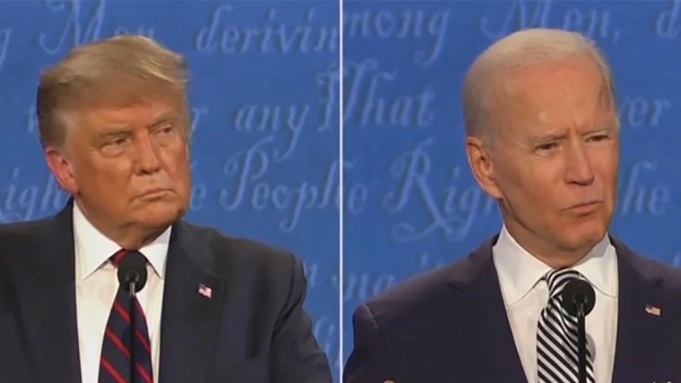 Yes, they may lack George Soros funding and other billionaires’ deep pockets to fight legal wars. Yes their publishers may have had calls from those they respect or fear counseling that they and President Donald Trump should accept the inevitable for the good of the country.

The editorial board and advisors at WorldTribune.com are not of one mind but do have a decidedly different take:

• Tens of millions of Americans are convinced the election was stolen. There is also evidence that many Democrats have reached the same conclusion.

• The fact that most in the Washington, D.C. establishment are willing to endorse same without even examining the evidence is worse than a constitutional crisis. It is a national emergency.

• The evidence of the Biden family’s malfeasance involving hostile foreign powers has been covered up by the corporate media and Silicon Valley titans. But this goes beyond conventional Washington corruption.

• U.S. national security is at stake. In years past such evidence would disqualify an applicant for security clearance. We are talking about the President of the United States.

• The Chinese Communist Party and its Peoples Liberation Army have emerged as an enemy (not competitor) of the United States. There is a bipartisan consensus on this fact.

• The possibility that Covid-19 is a Chinese bioweapon targeting the world’s population and the presidency of Donald Trump has been given no attention by irresponsible U.S. and global media. The essence of the free press is to serve the interests of the public. In the United States, the government is “by and for the people”.

• The obvious possibility that Joe Biden is a compromised Chinese asset is likewise deemed unpublishable by an irresponsible and massively powerful media mob.

• The U.S. media’s parochial inattention to geopolitics poorly serves a population that increasingly is informing itself by other means.

• The implications of the 2020 U.S. election are not primarily domestic. This election has major implications for less powerful nations and populations worldwide that have silently cheered as President Trump stood up to China and Iran, unlike his predecessors.

But there is another aspect our colleagues are overlooking: Entertainment.

• Who better to take the world stage in the 21st century than an undisputed Reality TV superstar?

• The primetime drama that has played out since Donald Trump descended the escalator in Trump Tower has gripped the imagination of the world.

• As a businessman, not a politician, who knows the media better than the “journalists”, Donald Trump has unwittingly exposed the reality of the massive corruption and idiocy that had thrived in secret.

• Denounce his tweets, but how else can he combat the powerful if relatively small number of totalitarians in the “ruling class” who control all information and the levers of power over ordinary people?

• The “media professionals” tend to be oh so serious about their craft. But most media consumers are looking for happiness and joy in life. They read/watch the media to be entertained as well as informed.

• The 2020 presidential election is a human drama without precedent. And our colleagues on the right want to call it quits just when it’s getting interesting?

For all of the above reasons and more, WorldTribune.com has not concluded that the election results are conclusive nor does it view President Donald J Trump in the past tense.

election fraud, Why ‘conservative’ media are wrong to cede the 2020 election to Biden, WorldTribune.com