Who remembers the swine flu panic of 2009? Media scramble to rebut comparisons

According to a Centers for Disease Control and Prevention (CDC) estimate, there were more than 60 million swine flu cases reported in the U.S. between April 2009 — when the disease was first detected in California — and April 2010. More than 12,000 of those infected died. 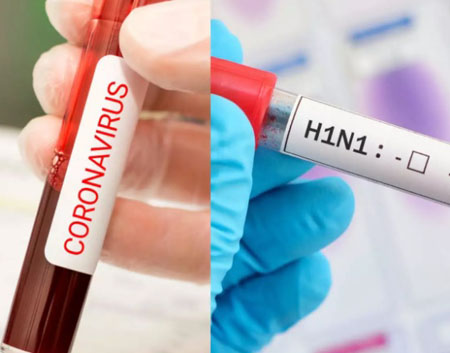 President Donald Trump tweeted on March 13: “For decades the @CDCgov looked at, and studied, its testing system, but did nothing about it. It would always be inadequate and slow for a large scale pandemic, but a pandemic would never happen, they hoped. President Obama made changes that only complicated things further…..”

Trump continued: “…. Their response to H1N1 Swine Flu was a full scale disaster, with thousands dying, and nothing meaningful done to fix the testing problem, until now. The changes have been made and testing will soon happen on a very large scale basis. All Red Tape has been cut, ready to go!”

The so-called fact checkers in the major media immediately sprung to Obama’s defense, claiming that his administration’s response to the swine flu was more than adequate.

Their proof? USA Today offered a CNN poll “which showed 57 percent of respondents approved of how the former president handled the government response to the H1N1 flu despite vaccine shortages at the time.”

NPR proclaimed that Trump had “falsely charged the Obama administration’s response to the H1N1 swine flu outbreak as a ‘full scale disaster.’ ”

As for Trump’s assertion that the Obama administration implemented a rule change that complicated testing, NPR cited the leftist FactCheck.org operation as saying no rule was ever put in place.

David Plouffe, Obama campaign manager in 2008 and 2012, said this of Trump’s coronavirus response recently on CNN’s New Day: “Does anybody have any confidence he’s gonna improve his standing managing this crisis with the coronavirus? So I think we’ve got an opportunity to win this election. This is still our election to lose.”

Radio host Rush Limbaugh noted: “Stop the tape! There you have it. ‘Rush, I never heard all these Democrats you said that are saying this is an opportunity.’ Right there it is, David Plouffe, Obama campaign manager: ‘This is an opportunity,’ and he’s not the only one. This is just the one sound bite we have. The Democrats have been running around saying the coronavirus is an opportunity for the Democrats. The media had people saying it. They were salivating over it!

“How can that be? How can the coronavirus be an opportunity for Democrats? What has to happen for that to happen? A lot of people have to get sick and the Trump administration has to blow it in dealing with it. That is the opportunity for Democrats? They politicize virtually everything. The president from the get-go has asked people not to politicize this, to come together and solve this as a country, as a population, ’cause it affects everybody.

Columnist Heather MacDonald wrote on March 13: “Compared to what? That should be the question that every fear-mongering news story on the coronavirus has to start with. So far, the United States has seen forty-one deaths from the infection. Twenty-two of those deaths occurred in one poorly run nursing home outside of Seattle, the Life Care Center. Another nine deaths occurred in the rest of Washington state, leaving ten deaths (four in California, two in Florida, and one in each of Georgia, Kansas, New Jersey, and South Dakota) spread throughout the rest of the approximately 329 million residents of the United States. This represents roughly .000012 percent of the U.S. population.

“Much has been made of the ‘exponential’ rate of infection in European and Asian countries — as if the spread of all transmittable diseases did not develop along geometric, as opposed to arithmetic, growth patterns. What actually matters is whether or not the growing ‘pandemic’ overwhelms our ability to ensure the well-being of U.S. residents with efficiency and precision. But fear of the disease, and not the disease itself, has already spoiled that for us. Even if my odds of dying from coronavirus should suddenly jump ten-thousand-fold, from the current rate of .000012 percent across the U.S. population all the way up to .12 percent, I’d happily take those odds over the destruction being wrought on the U.S. and global economy from this unbridled panic.”