Democrats, including socialist members of “The Squad”, lauded the gains made by people of color in Tuesday’s off-year elections.

In Virginia, Winsome Sears won election and will be the commonwealth’s lieutenant governor. She is the first black woman elected to a statewide office in Virginia history.

There were no congratulatory messages from the squad. Big Media mostly steered clear of acknowledging the victory by Sears.

Sears checked all the right boxes, except for one — she’s a Republican who doesn’t think America is an inherently racist country.

“When I joined the Marine Corps, I was still a Jamaican. But this country had done so much for me, I was willing, willing, to die for this country,” Sears​ told a crowd of supporters gathered in Chantilly before leading them in a chant of “USA.”

“I’m telling you that what you are looking at is the American dream,” said Sears​, a mother of three daughters. “In case you haven’t noticed, I am black and I have been black all my life, but that’s not what this is about.”

Until it was called out, USA Today completely ignored the Sears victory.

“The Miyares and Sears races weren’t called last night when we initially wrote and posted the story referenced in your inquiry, but we had planned to update it with the Virginia results today. We’ve now updated to reflect the Sears and Miyares victories,” Gannett told Fox News.

“USA Today could’ve engaged in good journalism and either updated their report or ran a new one. But they didn’t until they were called out for it. They didn’t WANT to report on the Winsome Sears victory. They didn’t want to report on any bit of the Virginia victories. Why? Because Republicans aren’t supposed to win. Because the Virginia voters were supposed to vote the way McAuliffe, the media, and the political chattering class told them to. They didn’t and everyone on the Left is throwing major tantrums as a result,” Nina Bookout of the Girls Victory Blog noted.

Sears, a staunch supporter of Second Amendment gun rights, used this photo of her holding a rifle on her campaign ads.​ 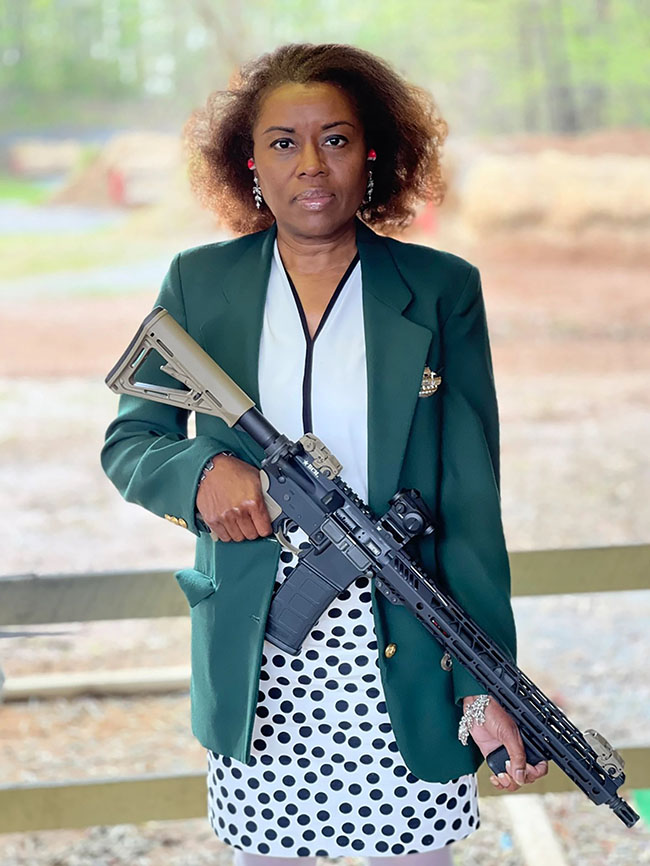