What took 10 hours? Before reading verdict, jury members were getting their affairs in order 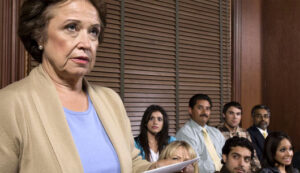 After hours of sequestered deliberation, the jury in the Derek Chauvin trial has reached a decision. Before that, however, they will be each reading their last wills to ensure their affairs are in order before giving the verdict.

“Yeah, we reached a verdict pretty quickly, but most of our time deliberating was actually spent on LegalZoom getting our affairs in order,” said one nervous juror who was decked out in Kevlar and a fireproof hazmat suit. “We will be reading our wills aloud so there will be witnesses just in case the peaceful protestors murder us all.”

Experts are saying the jury will be fair and impartial in spite of the fact that a sitting U.S. congresswoman called for riots, the sitting President called for a “guilty” verdict, and  . . .

jury members were getting their affairs in order, What took 10 hours? Before reading verdict