Team Biden’s National Archives and Records Administration (NARA) is releasing only 65 pages out of over 1,600 pages of records related to the FBI’s unprecedented raid on the home of former President Donald Trump, a government watchdog group said. 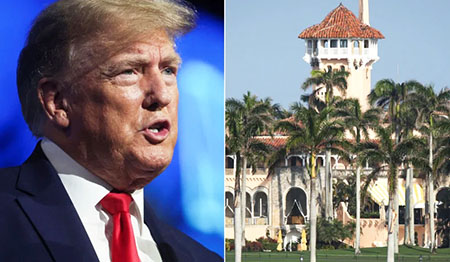 “The Biden administration is in cover-up mode on its abusive and unprecedented raid of former President Trump’s home,” stated Judicial Watch President Tom Fitton. “The National Archives pretends to be concerned about public access to public information while unlawfully ignoring FOIA law and using a myriad of excuses to hide records about its manufactured dispute over the Trump records.”

Judicial Watch is seeking the records under an August Freedom of Information Act (FOIA) lawsuit filed in U.S. District Court for the District of Columbia after NARA failed to respond adequately to a February 2022 FOIA request for:

• All records regarding the referral from NARA to the Department of Justice regarding the records management procedures of former President Donald Trump (https://abcnews.go.com/Politics/national-archives-asks-doj-investigate-trumps-handling-white/story?id=82781128). This request includes all related records of communication between any official or employee of NARA and any official or employee of the Department of Justice and/or any other branch, department, agency, or office of the federal government.

On Oct. 3, the Archives released documents for only two categories of records: 1) all emails between NARA officials and representatives of former President Trump and 2) NARA emails to external entities other than Trump representatives related to the 15 boxes as of March 31, 2022.

The Archives recently sent Judicial Watch two letters in which it stated it found 309 pages relating to Category 1 but was releasing only 11 pages, less than one percent, nine pages in full and two in part.

The Archives wrote it found 1,303 pages of emails in Category 2 but was releasing only 54 of those pages, 39 in full, 15 with redactions. Again, less than one percent of the records.

The National Archives released a few pages of correspondence with Congress and an email with Trump’s representatives in which the Archives asserted alleged authority over records in Trump’s personal possession.

NARA referred to numerous FOIA exemptions as the reasons for its withholdings.

Judicial Watch in August forced the release of the raid affidavit through its court request to unseal the warrant materials used in the FBI’s raid.

Judicial Watch also just filed two lawsuits against the DOJ and FBI for records of the Mar-a-Lago raid search warrant application and approval, as well as communications about the warrant between the FBI, Executive Office of the President and the Secret Service.