Warnings from the former USSR: ‘Soft totalitarianism’ coming to the U.S.

The advance of socially liberal ideas like cancel culture and transgender ideology, combined with movements such as Antifa and Black Lives Matter and the intrusion and control of massive technology companies are signs that an anti-religious totalitarian regime is coming to the United States, an author warns. 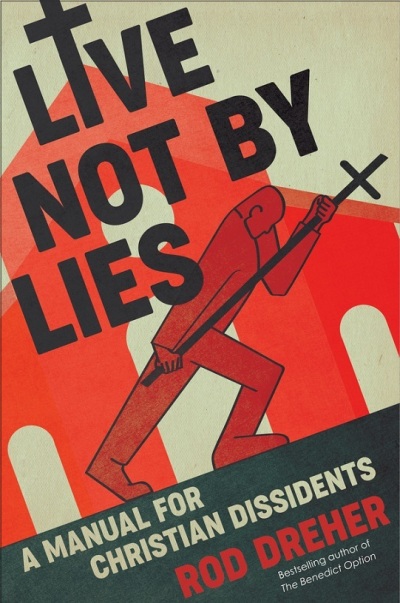 In his new book “Live Not by Lies: A Manual for Christian Dissidents“, Rod Dreher documents the evidence for what he labels “soft totalitarianism” and how American Christians should respond.

“Back in the Soviet era, totalitarianism demanded love for the Party, and compliance with the Party’s demands was enforced by the state,” Dreher, senior editor at The American Conservative, wrote in the book’s introduction.

“Today’s totalitarianism demands allegiance to a set of progressive beliefs, many of which are incapable with logic — and certainly with Christianity.”

The title is derived from a quote from famed Russian anti-Communist intellectual Aleksandr Solzhenitsyn, who uttered the phrase not long before being exiled from the Soviet Union.

Dreher told The Christian Post that inspiration for the book came after he spoke to a friend’s mother who had lived in Soviet-era Czechoslovakia.

The woman, who had been imprisoned for her dissident political views, claimed that the social and political changes in the U.S. mirrored those of the rise of Communism in Eastern Europe.

“That struck me as really alarming,” Dreher said. “I didn’t know if I believed it, but once I started talking to other people here in the U.S. and in Europe who had lived under Communism and they said, ‘Yeah, this is a real thing,’ it suddenly became real for me.”

Dreher noted that “Aleksandr Solzhenitsyn, one of the things he’s most known for is saying that people in the West, they make a big mistake if they think it can’t happen here, because it can.”

The rise of soft totalitarianism could be slowed if President Donald Trump wins re-election, Dreher said, but he warned that it also “could even accelerate it because the Left will be even that much more angry, but that’s not a reason not to vote for Trump, mind you. But the thing I try to encourage my readers to keep in mind is whether you vote for Trump or against Trump, these processes that are in place now, these trends that are going on throughout the culture, they would be very hard for any president to stop.”

The problem is “it’s cultural and it’s spiritual,” Dreher said. “We can get the right guy in the White House, the right people on the federal bench, and that’s important, but no president is going to be able to compel universities and corporations and institutions to stop with the identity politics.

“This is the sort of long-term fight that Christians have got to be prepared for and we also have to keep in mind that for a lot of millennials and Generation Z Americans, they don’t have faith, it’s a very secular generation and they overwhelmingly accept the identity politics side of all these issues.

“We have to radically change the way we think about church, and I think it’s absolutely true that you don’t need to be a prophet to see what’s coming and also to know that one election, two elections, are not going to solve it.”