YouTube has determined that any questioning of the Left’s narrative on vaccines is “misinformation” and will be removed from the platform.

The Google-owned platform said it was taking down several video channels associated with high-profile individuals, including Joseph Mercola and Robert Kennedy Jr., who raised awareness of adverse reactions and deaths from the Covid jabs. Much of that reporting, which YouTube now dubs as “misinformation,” comes straight from the CDC’s VAERS database. 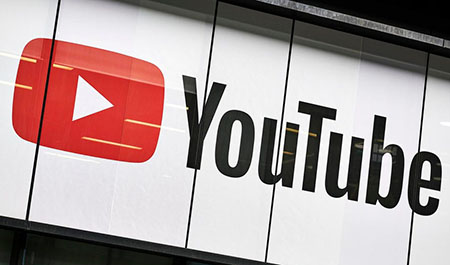 In July, Team Biden publicly complained that social media companies were partially responsible for spreading “misinformation” about the Covid vaccines and needed to do more to suppress information on adverse effects and deaths caused by the vaccines.

In theory, Silicon Valley doesn’t take orders from the White House, but the election of Donald Trump in 2016 rattled the social media giants and management went public with their view that it was all a big mistake.

In the Biden era, when the White House speaks, Big Tech listens.

“YouTube will block all anti-vaccine content, moving beyond its ban on false information about the COVID vaccines to include content that contains misinformation about other approved vaccines,” Reuters reported.

Washington Times columnist Cheryl K. Chumley noted on Wednesday: “It’s not just COVID-19-related content that’s the stuff of additional YouTube target. It’s all vaccines, all types of viruses, all kinds of health and medical data. Want to find out about possible side effects related to the measles, mumps and rubella shot — including risks of autism, as alleged by some? Don’t go to YouTube. The content is banned.”

Reporting on side effects from flu shots, including concerns of causing infertility, is also no long allowed on YouTube.

“Not even schooled debates from Robert F. Kennedy, longtime researcher of vaccine risks — a voice who’s at least as knowledgeable about the medical world as the non-medical, non-medically degreed Microsoft’s Bill Gates, who’s not been banned, by the way,” Chumley noted.

YouTube explained: “Today, we’re expanding our medical misinformation policies on YouTube with new guidelines on currently administered vaccines that are approved and confirmed to be safe and effective by local health authorities and the WHO.”

Chumley continued: “Yes, as a private company, YouTube can stifle whatever expressions it wants. But stifling countering viewpoints on medical treatments only serves to raise even higher the red flag on certain medical treatments. If there’s nothing to hide, why hide?

“YouTube’s latest crackdown on free speech only gives credence to those who are cautious to take vaccines in the first place — has only given credence to the very questions its team of merry censors have sought to stifle. Such is the stupidity of leftists.”

In a separate article, Chumley cited the case of a North Carolina health care worker who was placed on unpaid leave after refusing to get the Covid jab.

“Right now,” the Duke Health worker, who has worked in hospital pharmacies for more than 20 year, said in an interview with CBS 17 where her face and name were shielded from the public, “I think [the shot] should just be a personal choice if you want to get it or not. I just feel like there should be more time with the vaccine to see how it’s really going to pan out. I just felt like I had questions about the vaccine that I wasn’t getting answers to. I just feel uncomfortable putting that in my body knowing there are still unknowns.”

Reports from around the nation are chronicling how health care workers who are not complying with vaccine mandates are being fired.

Chumley noted that vaccine mandates are the “liberty test of our day.”

“The fact the government through private business can strip individual Americans of the God-given right to work and provide for self and family at the drop of a hat — at the snap of a vaccine mandate — is about the most unconstitutional, unconscionable, morally deplorable and utterly despicable civil rights scenario this country has suffered in a very, very long time,” Chumley wrote.