Gannett, which includes USA TODAY and large regional newspapers such as the Arizona Republic and Des Moines Register, began laying off employees at its media outlets across the country on Jan. 23.

Poynter.com reported that the layoffs were a cost-cutting measure that was planned before the recent news that Digital First Media was planning to buy Gannett. 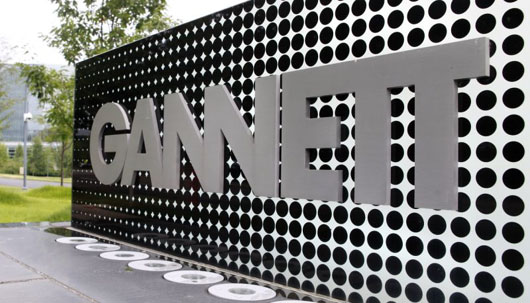 The layoffs came two weeks after Gannett received an unsolicited proposal to be bought by MNG Enterprises, better known as Digital First Media. Gannett owns USA TODAY and 109 other local media companies. Digital First, which owns the Denver Post and Boston Herald among other papers, wants to buy Gannett for $1.36 billion.

“I don’t know how many newsroom jobs Gannett is cutting, but the move is hardly surprising with a bad fourth quarter financially to be reported soon and more of the same expected for the first part of 2019,’’ said Rick Edmonds, media business analyst for Poynter. “These cost reductions are typically planned at the end of the year, then carried out in January. So I doubt the layoffs and buyouts have anything to do with the Digital First takeover bid.”

Edmonds had noted in a Jan. 14 report that “A hedge fund, known mainly for operating newspaper properties on the cheap, is trying to take over Gannett, the nation’s largest publicly traded newspaper company.”

Bernie Lunzer, president of The NewsGuild-CWA, laid the blame partly on the takeover bid.

In a statement to Poynter, Lunzer wrote, “Gannett is choosing the low road here – a direct result of the hostile efforts at a takeover by Digital First Media. DFM is once again causing grievous harm to an industry it pretends to be a steward of. Both companies have lost sight of the critical product they are meant to provide – journalism. Newsrooms that could be preserved are being decimated for Wall Street when there are productive paths forward. Let’s find a way to sell these properties to the communities they serve before it’s too late.”

One of the journalists who was laid off, Jaci Smith, who worked at the News Journal Media Group in Delaware, tweeted: “25 years in the industry and it’s over after a 10-minute chat in a sterile conference room. My heart aches for journalism and all my fellow #gannett colleagues who were laid off today. #journalismmatters’’

Poynter.com noted that other cuts by Gannett included:

Other layoffs leaked out on Twitter, with reports of cuts at the Corpus Christi (Texas) Caller-Times, the Argus Leader in Sioux Falls, South Dakota, the Fort Myers (Florida) News-Press and USA Today’s travel section.

Kristi Nelson, president of the Knoxville Newspaper Guild, told the State of Newspapers: “It’s distressing to once again be mourning staff cuts in our newsroom. Not only do our hearts go out to our colleagues, we acknowledge that the loss of any trained, professional journalist is a loss to our readers as well; one less voice speaking on behalf of the community we cover.’’

Nelson said the News Sentinel has lost more than 45 journalists and editors through layoffs and early retirement buyouts since 2007. Also included in the Jan. 23 cuts were content strategist Amy McDaniel and Charlie Daniel, a cartoonist who had been at the paper since 1982 and has been writing and drawing cartoons in Knoxville for 50 years.

“There is no way to overstate the impact of these Gannett-wide cuts on our ability to cover the community with the depth and breadth we expect and that our readers deserved,’’ Nelson said. “While those of us still in the newsroom remain committed to cover this region the very best we can with the resources we have left, we have to ask: How many more?’’