Unreported: How a pro-Trump county in Michigan could reverse 2020 election outcome

The case in which votes in Antrim County, Michigan were flipped from President Donald Trump to Joe Biden on Nov. 3 was the result of a Dominion Voting Systems program and not human error as was claimed by state officials, a lawyer investigating the case said.

Attorney Matthew DePerno on Friday filed an emergency motion with the Antrim County Circuit Court, asking that a protective order be lifted so that his team can release the results of the forensic examination to the public. 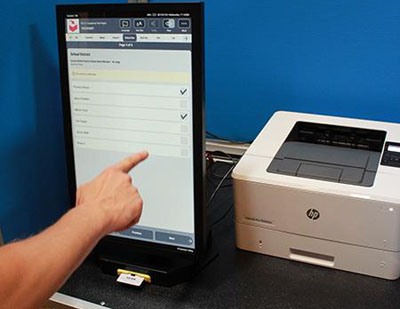 Referring to the “glitch” in Antrim County, DePerno said: “Secretary of State Jocelyn Benson said it happened by human error. We discovered that’s not true, that’s a lie. It didn’t happen by human error. It happened by a computer program called Dominion Voting System[s],” according to his interview with Newsmax on Friday.

The office of Benson, a Democrat, released a statement urging voters to “be wary of false claims.”

“On Sunday, individuals with no apparent technical expertise in election technology were permitted to gather images of Dominion voting equipment in Antrim County. While the information they gathered is subject to a court-issued protective order, the Michigan Department of State warns voters to be wary of the claims that the group may make in coming days. Members of the group have previously made false statements, shared fake documents, and made baseless claims about the election that have been widely debunked and rejected in multiple courts,” the statement said.

Benson’s office did not provide any examples of “false statements” made by or “fake documents” shared by DePerno’s group.

DePerno is representing plaintiff William Bailey in a lawsuit against Antrim County. Bailey noted that the county initially reported Biden winning the county by more than 2,000 votes over Trump, but later changed the results to show Trump received nearly 4,000 more votes than Biden.

In his lawsuit, DePerno claims that based on the evidence they have provided to the court that Dominion Voting Systems “committed material fraud or error in this election so that the outcome of the election was affected.”

DePerno’s team was granted access to the Dominion Voting Systems program. The legal team retrieved 16 thumb drives and 16 data cards, as well as the forensic image of the actual tabulation machine in the Antrim County clerk’s office.

A judge ordered Antrim County to preserve and protect all records regarding vote tabulation, to not turn on the Dominion tabulator, and to not connect the tabulator to the Internet. He also ruled that the plaintiff could take forensic images from the tabulator and investigate the image, thumb drives, and software.

On Dec. 4, 13th Circuit Court Judge Kevin A. Elsenheimer granted permission to Bailey and his team of IT analysts to conduct a forensic study of the 16 Dominion voting machines, tabulators, thumb drives, related software, and the Clerk’s “master tabulator.” In his court order, Bailey was also granted the ability to conduct an independent investigation of the images they obtained in their examination.

Bailey was concerned about ballots that were re-run through the Dominion tabulator machine after a 262-262 tie on a ballot initiative that would allow a marijuana establishment to be located within the Village of Central Lake.

While ballots were being inserted into the Dominion machine, 3 of the ballots were destroyed and were not placed through the tabulator. At the conclusion of the recount by the tabulating machine and with three fewer votes, the result was 262-261, and the initiative passed. 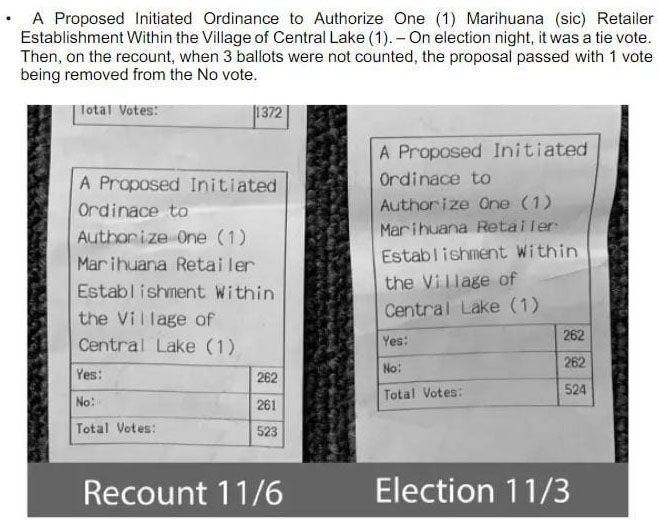 Two more unexplainable vote counts occurred in Antrim County. In Central Lake’s School Board election, 742 votes were added to the total after a recount on Nov. 6. (First image below)

Dominion’s vote totals showed 663 people voted in a district where there were only 6 eligible voters and only 3 of those 6 actually voted. Somehow, Dominion added 660 additional votes to the final tally. (Second image) 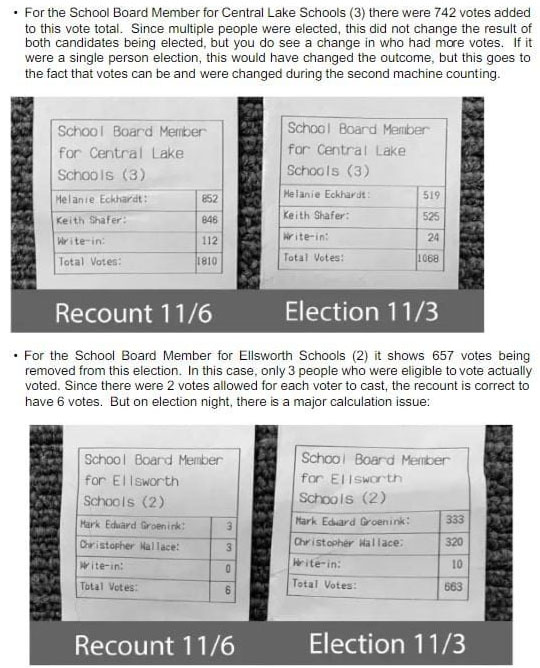