Many in the paid propaganda outlets once known as “media” downplayed the news that a citizen legally carrying a firearm shot and killed a man who had opened fire at an Indiana shopping mall. 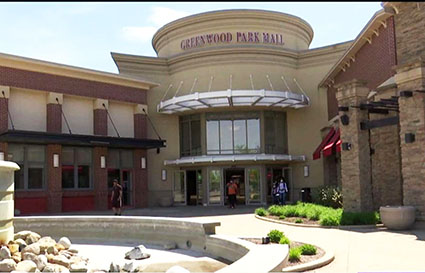 A gunman opened fire Sunday around 6 p.m. in Greenwood Park Mall in Indianapolis, killing three people and wounding two others before an armed citizen shot and killed him.

Greenwood Police Chief James Ison indicated that “a good Samaritan witnessed the shooting and shot and killed the shooter.”

At a news conference Sunday night, Greenwood Police Chief Jim Ison said the bystander was “lawfully carrying” a handgun in the mall, describing him as a 22-year-old man from Bartholomew County, about 30 miles south of Greenwood. He “was able to stop this shooter almost as soon as he began,” Ison said.

Greenwood Mayor Mark Myers said in a statement released by the city police department. “We do know that someone we are calling the ‘good Samaritan’ was able to shoot the assailant and stop further bloodshed. This person saved lives tonight. On behalf of the City of Greenwood, I am grateful for his quick action and heroism in this situation.”

The Indianapolis suburb of Greenwood is home to about 64,000 people.

The gunman has not been identified, but FBI spokesperson Chris Bavender said the bureau is assisting the Greenwood Police Department at the gunman’s residence less than a mile from the Greenwood Park Mall. Officials said Sunday that a man carrying several magazines fired a rifle in the food court, but they have released little else about the shooter’s identity or motive.

Legacy media reported the shooting with headlines such as:

The New York Times even went so far as to insist that citizens legally carrying a firearm stopping a mass shooting is a relatively rare occurrence.

WorldTribune.com in a report on June 16 debunked that narrative, noting that the Crime Prevention Research Center had documented nine instances in just the last two years in which citizens carrying legally owned firearms stopped mass shootings.

As of July 1, Indiana stopped requiring a permit to legally carry or conceal a handgun, provided carriers meet certain requirements such as not having an order of protection issued against them.