Though it exceeded box office expectations in its first weekend of release, the film “Unplanned” is “struggling to get promotional spots onto any channel except Fox News,” a columnist noted.

“A pro-life movie is now finding it impossible to advertise on cable television because the networks are put off by the ‘sensitive nature’ of the abortion issue. Or so goes their argument,” Joe Schaeffer wrote for LibertyNation.com on April 1. 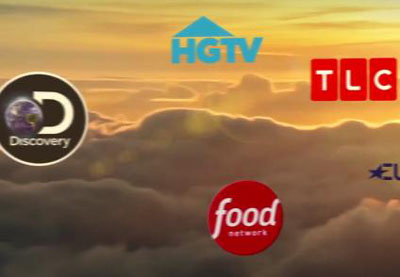 According to The Hollywood Reporter, The Travel Channel, Cooking Channel, HGTV and Food Network have all said “Unplanned” is too controversial for their advertising slates.

“Most of the networks didn’t go into detail beyond citing the subject matter of the film and that they didn’t want to get into politics. But we don’t believe we’re in the political category,” said Joe Knopp, a producer for the film.

The Travel Channel, Cooking Channel, HGTV and Food Network are owned by Discovery, Inc., which also happens to be the parent organization of Discovery Education.

“While making every effort to appear to shun politics, Discovery Education has maintained a ‘partnership’ with an organization called Girls Inc. for several years,” Schaeffer noted.

According to a 2015 post on Discovery Education’s website: “The network works with Girls Inc. to help girls learn to set and achieve goals to lead a healthy, educated and independent life.”

A 2013 press release reads: “Girls Inc. and Discovery Education are working together as part of the broader Equal Futures Partnership, a multinational campaign launched in 2012 by [senior advisor to President Obama] Valerie Jarrett and former Secretary of State Hillary Clinton and backed by UN Women, the World Bank, and leading businesses and non-profits, aimed at creating opportunities for women to participate fully in public life and to lead and benefit from inclusive economic growth.”

Girls Inc. “is the furthest thing from a non-partisan organization,” Schaeffer wrote. “The group is a core backer of the radical feminist Women’s March and has been labeled by pro-life groups as an enthusiastic supporter of Planned Parenthood. The top leadership at Girls Inc. has longstanding close ties to the retail abortion giant.”

Inside Philanthropy reported in 2014 that Susie Buffett served as the board chair of the Susan Thomas Buffett Foundation, which “focused mainly on the couple’s [Warren and his wife Susan] shared concerns about reproductive rights and population control.” David Callahan reported, “Big gifts were made annually to a relatively small number of groups, including Planned Parenthood.”

Buffett’s daughter “is hardly the only Planned Parenthood acolyte at Girls Inc.,” Schaeffer noted. “In 2018, Planned Parenthood Gulf Coast awarded Girls Inc. Board Chair Melanie Gray its inaugural Second Century award for ‘three decades of engagement with PPGC including chairing the organization’s capital campaign that brought in more than $17 million to build PPGC’s state of the art health center.’ ”

Schaeffer wrote: “This is the reality behind the ‘sensitive’ posturing of corporations like Discovery Inc. Running a commercial for a pro-life movie is beyond the pale for them but partnering with a radical group that focuses its efforts exclusively on young, impressionable girls and has extensive ties to Planned Parenthood is giving back to the community.

“Whenever you hear these tales of Fortune 500 companies expressing their horror over the latest demonized conservative issue, ask yourself just what these corporations are sponsoring with their piles of money. Many are actively and ideologically opposed to the very things from which they pretend they have no choice but to distance themselves.”