The surging cost of higher education can be tied in large part to the massive expansion of university administration, campus-watchers say. 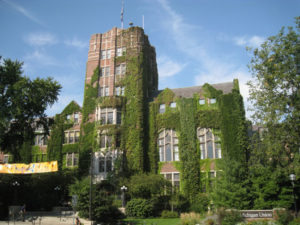 A telling example can be found at the University of Michigan, which employs 93 full-time diversity officials. The total payroll for this small army of “diversicrats” is $8.4 million.

Topping the list is Robert Sellers, whose title is “Vice Provost for Equity and Inclusion & Chief Diversity Officer”. Sellers makes $396,550 per year.

“If you fell out of your chair upon realizing that the University of Michigan has a full-time diversity staff of nearly 100 employees, one of whom earns more than the president of the United States, you can be forgiven. I nearly did too,” Jon Miltimore, director of digital media of Intellectual Takeout, wrote in a May 30 analysis.

More than one-quarter (26) of these “diversicrats” earn annual salaries of more than $100,000, Perry noted.

Paul Campos, a law professor at the University of Colorado, wrote in the New York Times in 2015: “According to the Department of Education data, administrative positions at colleges and universities grew by 60 percent between 1993 and 2009, which Bloomberg reported was 10 times the rate of growth of tenured faculty positions.

In his analysis, Miltimore noted that “There is no doubt that the human costs of this rise are severe: Some 44 million Americans currently carry nearly $1.5 trillion in student loan debt, and the delinquency rate is 11 percent.”