The U.S. House of Representatives has approved legislation aimed at blocking the sale of Boeing airliners to Iran, a deal that was authorized under Tehran’s year-old nuclear deal with world powers. 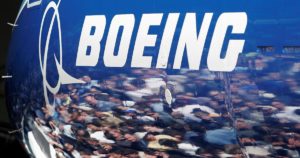 By voice vote late on July 7, lawmakers passed amendments to a spending bill blocking a deal for 109 aircraft Boeing had agreed to sell or lease to IranAir in the next few years. The House later passed the spending bill by 239 to 185.

The Obama administration has said it will veto any legislation that undermines the nuclear agreement with Iran. But the sponsor of the legislation blocking the Boeing deal, Representative Peter Roskam, insisted the aircraft could be used by Iran’s Revolutionary Guards.

“To give these types of planes to the Iranian regime, which still is the world’s largest state sponsor of terror, is to give them a product that can be used for a military purpose,” the Illinois Republican said.

He claimed the Boeing aircraft could be reconfigured to carry ballistic missiles or rocket-propelled grenades.

Democrats said the legislation was part of a broader GOP strategy to undermine the nuclear deal, which was unanimously opposed by congressional Republicans.