The Taliban briefly overran the capital of an Afghan province along the Iranian border before being driven out by U.S. and Afghan forces, reports said. 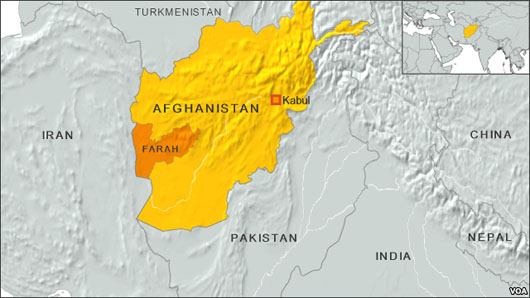 The jihadists seized the capital of Afghanistan’s Farah province, marking only the second time the Taliban has taken over a major urban area since the U.S.-led intervention began in 2001, TOLO News reported on May 15.

U.S. Gen. John Nicholson, the top American commander of American and NATO forces, has accused Iran of lending support to the Taliban.

“Farah has come under repeated attack from the Taliban in recent years, and it nearly fell to a determined assault in October 2016. Local officials have placed blame on support for the insurgents from Iran, which borders Farah Province,” The New York Times reported.

Atiqullah Amarkhel, a retired Afghan Army general and military analyst in Kabul, directly attributed the Taliban’s “big achievement” of taking over Farah to support from Iran.

“The main reason for the collapse of parts of Farah is Iran,” Amarkhel said.

Fighting between U.S.-assisted Afghan National Defense and Security Forces and the Taliban in Farah city on May 15 resulted in the deaths of 25 local troops, 5 civilians and up to 300 Taliban jihadists, the reports said.

“The Taliban managed to leave the city without a single shot being fired, and the night was calm,” Abdullah Khan, a Farah city resident, told the Times. “It shows the utmost incompetence of our forces. The Taliban were wandering the Farah city streets openly without fear as if they had lived there a long time, making jokes with their friends and telling citizens to stay calm and not worry.”

The Taliban briefly captured the capital of northern Afghanistan’s Kunduz province in September 2015.

As of the end of January, jihadists in Afghanistan, primarily the Taliban, controlled or contested 35 percent of the population, the U.S. Inspector General for Afghanistan Reconstructions (SIGAR), a watchdog agency, reported to lawmakers.